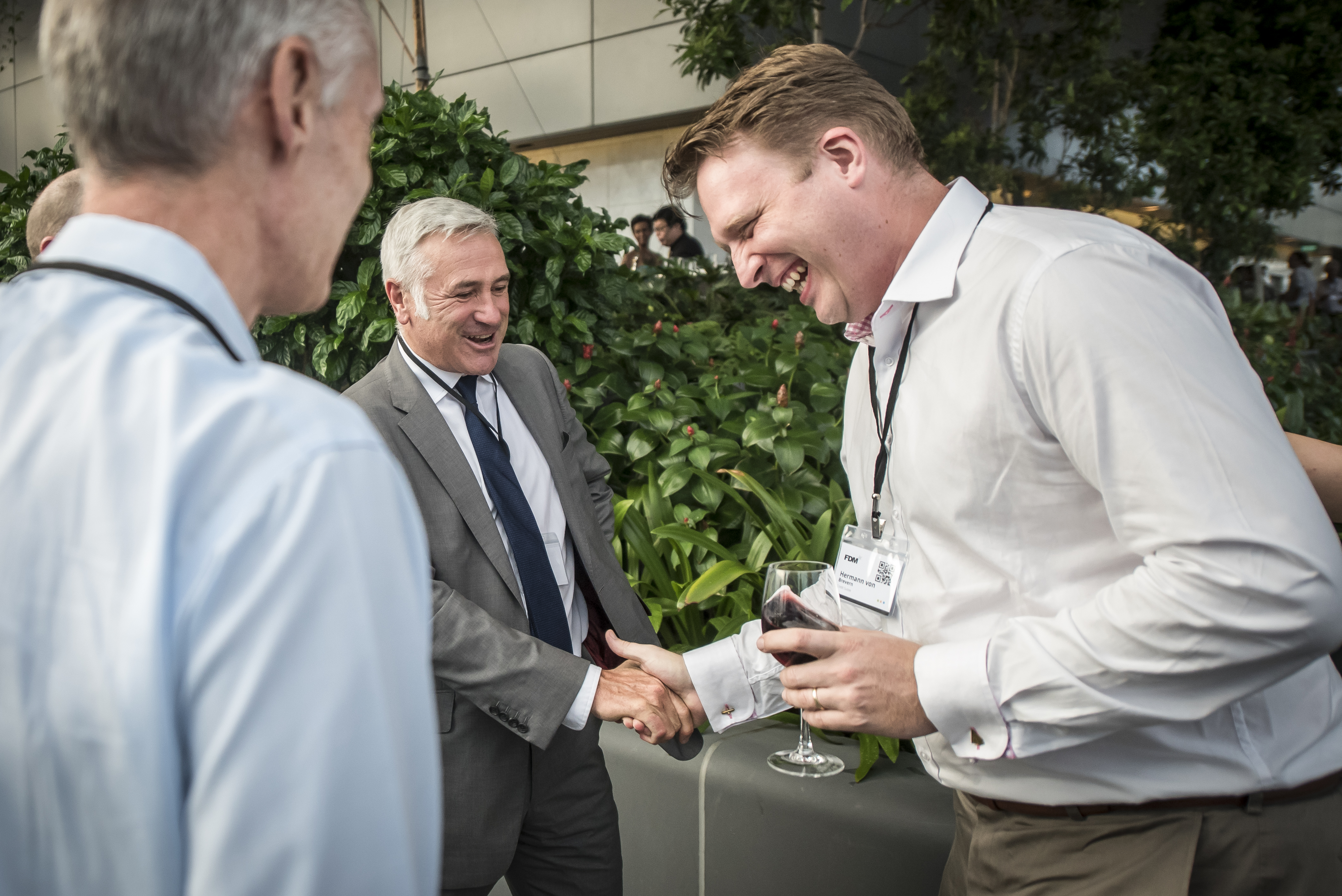 Hermann von Brevern, Regional Head APAC for Middleware and Enabling Technologies at Credit Suisse in Singapore, began his FDM career at the London Academy in 2011. After relocating to Switzerland and later to Singapore, he tells us more about his exciting career journey around the globe.

Tell us a bit about yourself and your career journey:

I started out as feeling like a bit of a misfit in the FDM world, having previously worked in academia, looking into nuclear energy and no-proliferation of nuclear weapons after completing a German “Diplom” (it takes a bit longer than a M.Sc.) in Physics. While I initially intended to join the nuclear energy business, I happened to attend an FDM assessment centre at which I was convinced to try my luck in IT. The Fukushima nuclear disaster in Japan a few months later and the ensuing consequences for the nuclear energy industry proved them very prescient indeed!

I underwent training at the academy in London in 2011 (a time I remember very fondly) and was placed with Credit Suisse in Zurich as an ITIL Consultant. A few months later, my manager in Zurich moved on, with me inheriting his responsibility as Change Manager Investment Bank IT Switzerland. I was running all change advisory board meetings, scrutinizing every IT change in the division and strategically developing the area’s future processes.

The deployment of my later-to-be-wife from London to Singapore then necessitated a move from Europe to Asia and I was very fortunate to be offered a position within Credit Suisse, despite the fact FDM had not yet started operating in the city-state. I learned to support IBM MQ and initially worked as a Level 2 Support Engineer. Later, I became team lead and eventually took over the responsibility of the entire APAC region for Middleware and Enabling Technologies, an area that not only includes messaging middleware, but also robotics and other platform technologies. As such, I now look after teams in Singapore, Bangalore and Pune, necessitating occasional travel to the subcontinent. Most of my time is usually spent on classic management tasks, but I consider myself fortunate to be able to still log on to a system once in a while and get a good perspective on what my teams are dealing with.

How has tech in the work place changed since you started your career?

Interestingly, one can observe different speeds of development in the workspace. While I can see the established “workhorses” (server hardware, operating systems, middleware applications, etc.) evolve at a steady and measured pace, what really has changed the way we’re working is what is happening in the “enabling employees” area.

While the Blackberry used to be the universal status symbol of management and distinguished experts in days past, BYOD has really rolled out the capability to reply to emails from the train to each and every one of our employees. In the same way, virtual machines that one can log in to from anywhere practically did away with laptops and they have forced us to re-think why or when we actually want people to work in an office. While it certainly fosters collaboration, the old maxim of “the work is where your office is” is obsolete, so every team needs to calibrate office and non-office working according to their needs and nature of their tasks.

Do you have any FDMers in your team?

No, because the teams where I’d like to hire FDMers are located in India and FDM isn’t active there yet. But maybe that changes in future!

Any advice to those starting out in their careers?

Be positive. Be deliberate, dedicated and faithful; it pays off in the long run. Learn to read other people - it makes working with colleagues so much easier. Don’t forget to learn about yourself – your strengths, your weaknesses, and your impact on others – as this is key to having a fulfilling career.