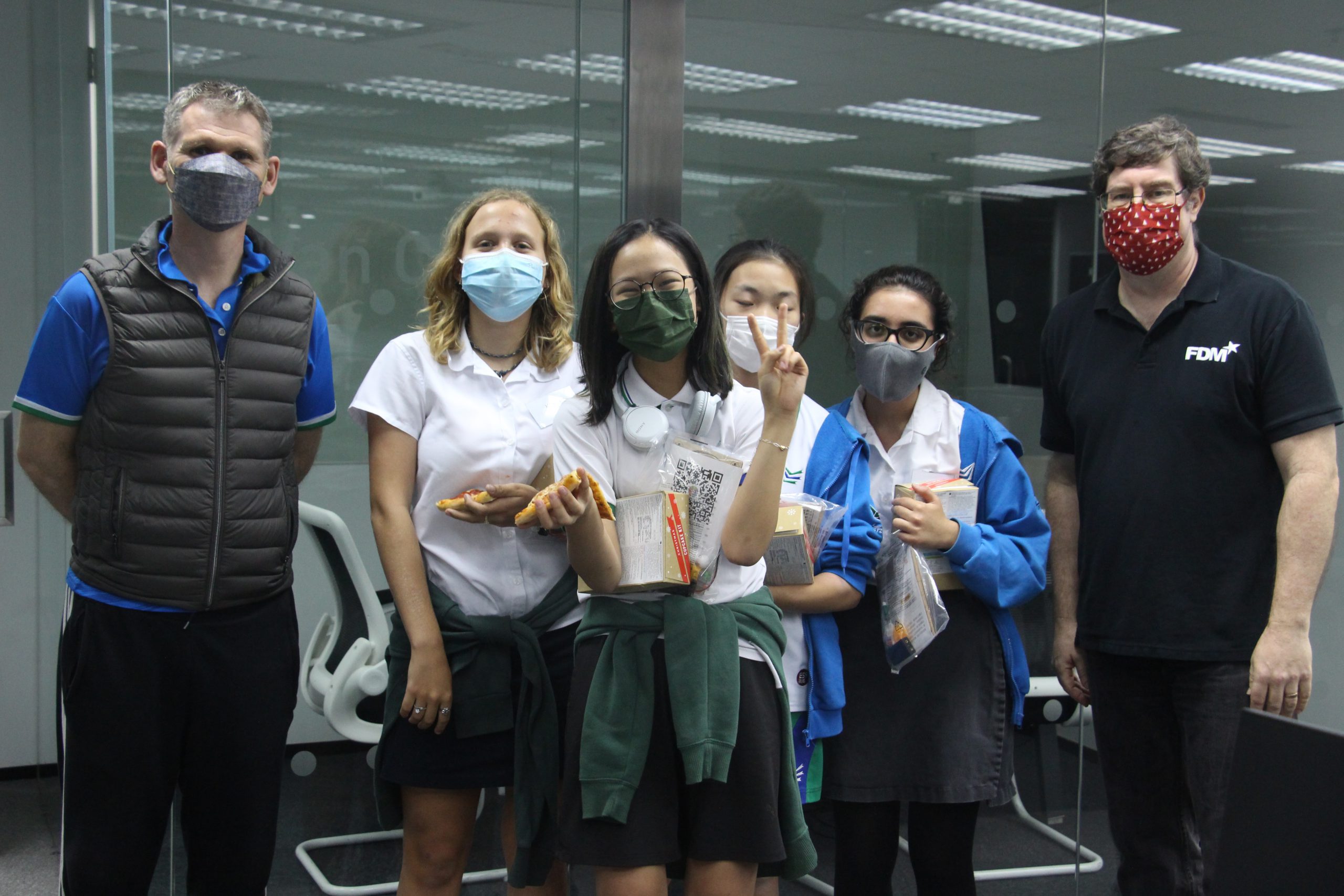 The Python workshop in Hong Kong initiative is part of FDM’s commitment to inspiring more female STEM study participation and creating a more gender-balanced workforce. FDM has always supported and encouraged women to pursue a career in IT and has seen a consistent rise in women joining their company.

What they did in the workshop

Over the past few years FDM and the South Island School have partnered on several projects, including the ‘Girls in ICT Day’ workshops, aiming to inspire female students to follow a career in tech. Led by our dedicated academy trainers: John Renken, Karthik Asokan, Caleb Keung and Darren Ng this workshop’s topic was ‘Learning Python with Interactive Robots’.

The girls received an introduction to learn Python, the programming language, and learned ways of using it to create programs that could solve complex problems. To prepare them for the ultimate challenge, the workshop also provided them with an understanding of basic automation concepts and covered the robot operating system (ROS), sensor integration, motion control systems, and image and video processing.

Splitting up into teams, the students then worked collaboratively on set technical exercises. They were given micro-robots equipped with Raspberry Pi and fitted with cameras to compete in a navigational challenge.

Each robot was named after one of the great pioneering women in the field of technology - in recognition of their extraordinary contributions and achievements, and for their power to inspire girls to study STEM for a career.

Hopper after Grace Hopper – the first person to develop a compiler to translate English terms into machine code (which then evolved into COBOL).

Hamilton after Margaret Hamilton - whose team at MIT wrote the onboard flight control software for the NASA Apollo program.

Lovelace after Ada Lovelace - who came up with the idea of a “program”, that is “an algorithm that runs on a machine” and wrote about Artificial Intelligence in the early 1800’s. Oh and the Ada programming language is named after her.

On the last day of the workshop, the girls used their Python training, combined with the installed cameras, to control the direction of the robots and successfully manoeuvre round obstacles to claim victory.

Did you know? While developing the language, Guido van Rossum was looking for a name that was short, unique, and slightly mysterious. At the time he was also reading scripts from the 1970s BBC comedy series, “Monty Python’s Flying Circus”, and so Python was born.

For over 30 years, FDM has helped thousands of graduates around the globe to fast-track their IT or business career development.

We welcome candidates from all degree backgrounds and universities, you don’t have to have studied a STEM degree to start a career in tech with us. All we really need to know about you is your passion for tech, adaptability and problem-solving ability.

The FDM Graduate Programme provides specialised training across a wide variety of subject streams, equipping you with all the essential professional and technical skills to launch a successful career in tech.

We are proud to support our diverse community, including gender, ethnicity and more. We celebrate difference because we want everyone to have equal opportunity to belong and grow in their career.

Addressing the gender imbalance in tech

Over the past year, and into 2022, FDM continues to host women-only tech events and digital boot camps.

What is life really like for a job-seeking graduate in China?