ACCEPT ALL REJECT ALL CLOSE
6 May 2022 Preeta Ghoshal 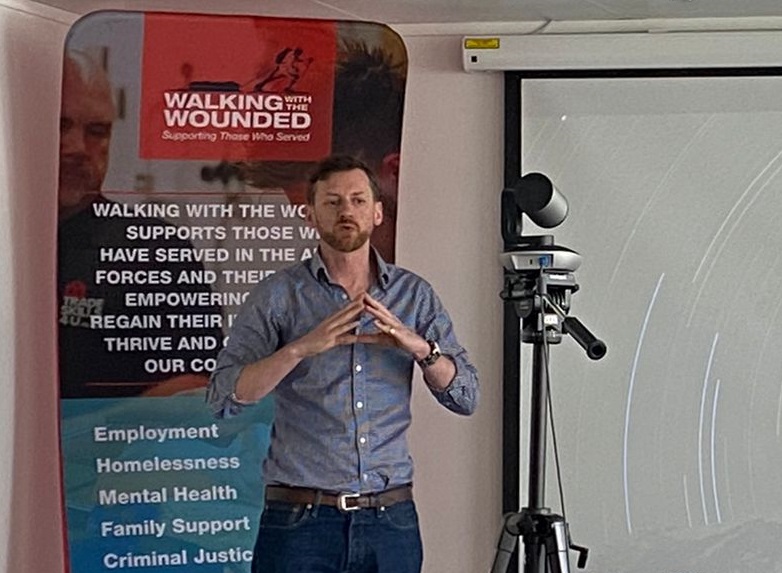 British Army Reservist Jake Meyer is also a world-famous mountaineer who regularly fundraises for military veterans. Read about his incredible feats and life lessons learned on his incredible journeys.

At age 14 Jake Meyer had set his sights on climbing the 7 Summits and being the youngest person to scale the highest peaks on each continent. At age 15 he had climbed Kilimanjaro and what followed in the years to come was nothing short of incredible: journeys to 56 countries around the world and him climbing the highest in 34 of them and counting. His inspiring expeditions have inspired documentaries like the award-winning ‘K2: Siren of the Himalayas’ and made him a popular motivational speaker, MC and presenter around the world.

Who is Jake Meyer?

Jake Meyer is a commissioned officer in the British Army Reserve and a world record-breaking mountaineer. He started climbing when he was twelve and by the time he was 21, had managed to scale seven summits, the highest in each continent, including Mount Everest. On 13 April 2022 Jake came to our FDM London office and spoke about his incredible journeys around the world, including his 13-year tryst with the Savage Mountain – K2.

Walking With The Wounded

Jake Meyer’s talk was held just a month before the Cumbrian Challenge – an annual fund-raising event held by the charity Walking With The Wounded to raise money for ex-forces servicemen and women who are struggling with mental health issues, unemployment, and homelessness. The charity aims to provide these veterans with access to therapy and early intervention programmes and facilitate their return to society. Jake is a long-standing supporter of Walking With The Wounded. He uses his adventures to raise funds and awareness about the charity and plays an important role in their employment and mental health programmes.

The Mountain, the Man and Life’s Lessons

During his talk Jake talked about the unique challenges of mountain climbing – especially a treacherous peak like K2! He shared his experiences being part of a climbing group, with other mountaineers around the world as well as local sherpas in Nepal and Pakistan. At the age of 21, he had become the youngest Briton to scale Mount Everest. But in spite of scaling the world’s highest peak, his true struggle was yet to come.

It was on his descent from Mount Everest in 2005 that Jake started considering an attempt on K2 – the second highest mountain in the world, but one of the most difficult ones to climb owing to the steepness of the terrain, the remoteness of the locations, and harsh weather conditions. In fact, there have been less than 360 people to reach the summit of K2. Incidentally, that’s less than the number of people who’ve reached the Earth’s orbit – around 533.

Between 2009 and 2018, Jake made 13 attempts on K2. But despite coming achingly close to victory, he had to abort the mission. In 2009, on his first attempt deep snow conditions forced his team to turn back just 600 metres from the summit.

He returned for a second attempt with a British team in 2016. But an avalanche wiped off what was known as Camp 3 at 7300m. So, when his team reached the site, all their equipment, including tents, oxygen and other crucial supplies were gone, forcing them once again to retreat. Lady Luck finally smiled on him on his third attempt in 2018. Jake along with his teammate Tomas and Sherpas Jangbu, Ang Pasang and Galjas triumphantly waved the Union Jack on top of K2, bringing a successful end to a 10- year mission!

An expedition like K2 takes determination and perseverance, but Jake also attributes his success to a strong culture of teamwork and collaboration. We don’t always get to choose our own teams but in order to accomplish a singular goal, we have to build trusting professional relationships and work together towards our common goal. Establishing some simple ground rules can ensure the success of high-performing teams.

Jake’s advice is: ‘be honest with your teammates’. In Jake’s experience this meant letting teammates know of any changes in your physical abilities or condition during an expedition. This transparency allows changing plans if required that ultimately boosts the team’s progress.

He also spoke about failures and the importance of learning from them. His 10-year journey with K2 is testament to his determination to carry on despite roadblocks. Failure is a fundamental part of your journey towards success and there’s a lesson to be learnt from every disappointment.

Jake’s talk mentioned embracing risk and how the greatest opportunities are often surrounded by risk. You need to face your fears and step out of your comfort zone in order to make the impossible, possible.

FDM Supports Walking With The Wounded

Jake’s inspirational story and his endorsement of Walking With The Wounded was the pep talk we needed before our very own FDM teams take on the Cumbrian Challenge on 14, April 2022. FDM has been a long-time supporter of the charity, and this will be our seventh year of participating in the Cumbrian Challenge. Teams of four will attempt 10K, 25K and 32K treks across the peaks of the Lake District. Admittedly, a lesser feat than K2 (!), but the purpose is to raise funds and awareness for a fantastic cause.