ACCEPT ALL REJECT ALL CLOSE
24 May 2019 Maddy Kislovsky, Blog Contributor

This Week in Tech News : Autonomy in Abundance 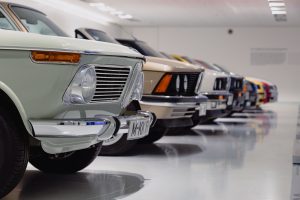 Over-the-air updates are no longer just for your smartphone. American vehicle manufacturer General Motors has released a new platform that will use OTA technology to provide software updates to all of its global vehicles over the next four years.

According to The Verge, GM President Mark Reuss calls the technology a “digital nerve system”, and expects it to be installed throughout GM’s vehicle fleet by 2023. The technology operates in a similar manner to an iPhone software update. The Verge adds that GM has undergone five years of research and development for this project, which was conducted by 300 engineers and encompassed more than 100 patents. Prior to this, Tesla was the only other automotive company that had entered the OTA space.

GM’s hard work has resulted in an electronic system that is capable of processing nearly five times the amount of data that current models can – about 4.5 terabytes per hour, according to Reuters. This will not only allow the vehicles to receive high volumes of data; but it will also enable them to process elements that allow the car to be autonomous. This includes real-time traffic updates, cybersecurity features, driver assistance, and more. According to TechCrunch, another major benefit includes the ability for GM to alter features and download safety standard updates, such as the ability to repair engine malfunctions. 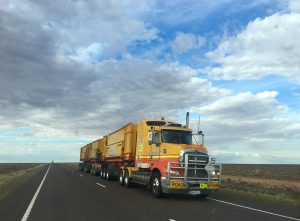 In more self-driving technology news, budding startup TuSimple has partnered with the United States Postal Service and landed a two-week trial of ferrying mail from USPS distribution centres via their autonomous trucks. The Verge reports that this trial will test the capabilities of TuSimple’s self-driving technology, and will be overseen by a safety driver and an engineer over five round trip deliveries across major highways between Arizona, New Mexico and Texas.

All of TuSimple’s trucks are manufactured by Navistar and are equipped with nine cameras and a pair of LIDAR sensors to support its self-driving technology. As reported by Reuters, this development could represent a huge shift in the trucking industry and solve a lot of problems that freight haulers have faced over the years – including safety issues, driver shortages, and high costs. According to the American Trucking Association via Reuters, it is estimated that the trucking industry will see a shortage of over 170,000 drivers by 2024.

According to the Verge, TuSimple is focusing on developing their trucks to be fully autonomous, rather than using a system, or “partial automation” where the human driver remains in control of the vehicle. TuSimple founder Xiaodi Hou made a statement to The Verge, “I’m jumping out of this Level 2 war, I’m starting a new frontier.”

Tech giants Apple, Amazon, Google, Microsoft and several other music labels have been hit with an infringement lawsuit filed by the estate of famed composer Harold Arlen, the mastermind behind many classic ballads including the soundtrack of the acclaimed musical “The Wizard of Oz.” 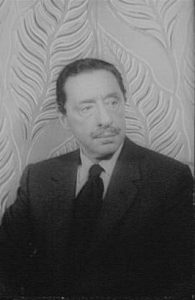 According to NPR, Arlen’s son and estate claim to have found more than 6,000 digital recordings of Arlen’s music that were not authorized to be sold or streamed online. Arlen’s legal team claims that the estate still owns the copyright to the recordings in the U.S., thanks to the federally-mandated 95-year protection law for published recordings, after which the recordings enter the public domain. Although copyright regulations vary between countries and the majority of the labels named in the lawsuit are outside of the United States, the plaintiffs are standing their ground.

The plaintiffs claim that the labels who own the rights to the recordings did not provide consent for reissues of the recordings to be distributed. Additionally, the estate has not been compensated with proper royalties, which are supposed to be paid to the songwriter regardless of the medium in which the recording is shared.

The Verge addresses the fact that pirated album covers are often doctored to remove logos of music labels, and the pirated versions of song recordings are exponentially cheaper to purchase. Forbes quotes Arlen’s attorney’s statement, “This… occurs every day in the digital music business where there is…a complete willingness by the digital music stores and services to seek popular and iconic recordings from any source, legitimate or not, provided they participate in sharing the proceeds.”