Deptherapy and My Road to Recovery 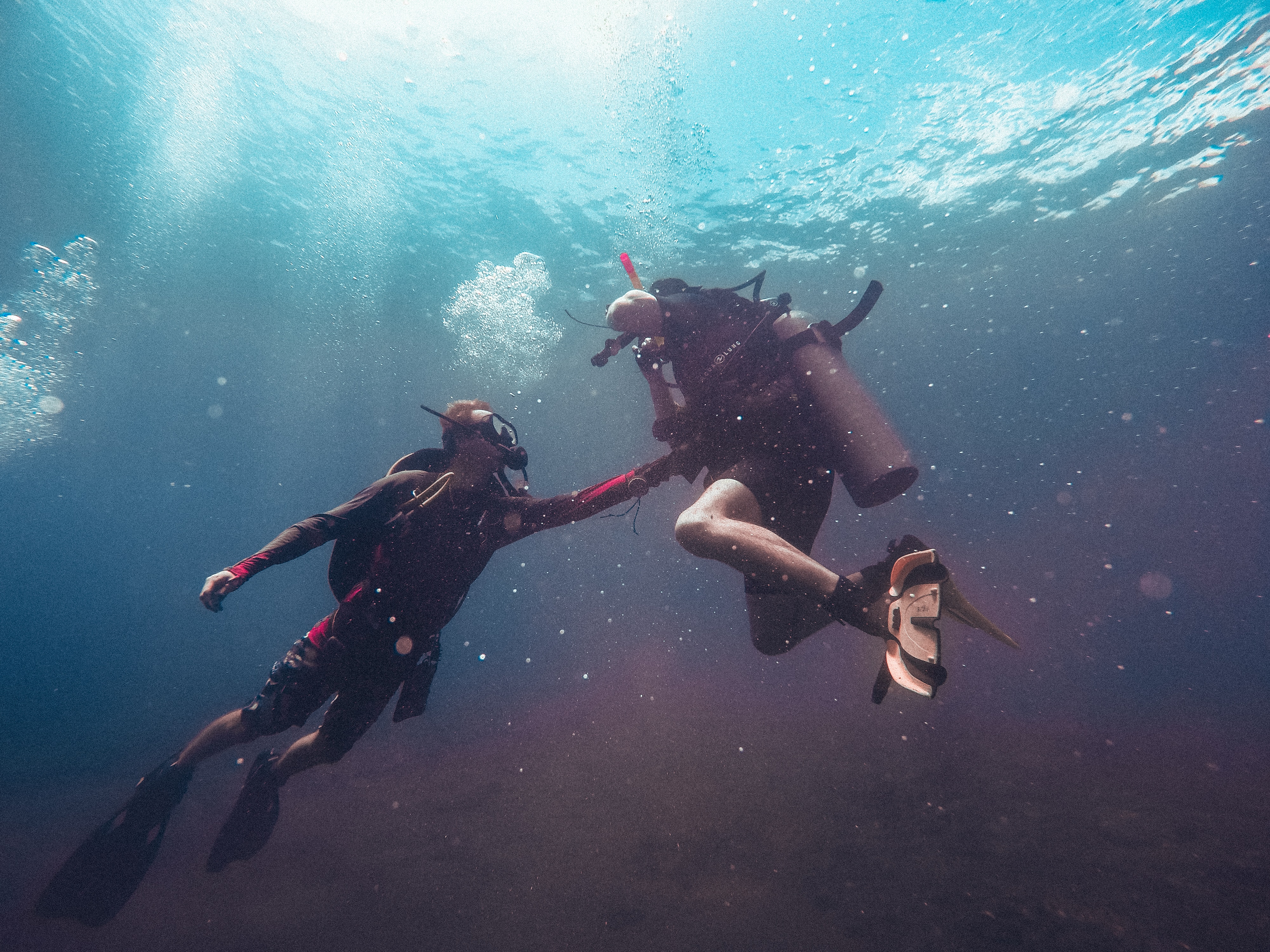 Jonathan Beever is currently a Consultant at Barclays following his successful completion of FDM’s Ex-Forces Programme. He has recently undertaken another challenge of becoming an Advanced Open Water scuba diver with Deptherapy, a specially adapted scuba diving programme for seriously injured Veterans of the British Armed Forces. Find out more about Jonathan’s inspiring, life changing road to recovery.

"I joined the Army in 2006 and was part of an EOD (Explosive Ordinance Disposal) Regiment. During my final year in the Army, I ruptured my ACL playing rugby which eventually led to me being medically discharged in 2012. The sudden exit from everything I had known since the age of 17 affected me more than I ever realised - until I went on a Deptherapy trip.

Prior to my knee injuries I had the world at my fingertips; I was always on adventures and lived life to the fullest.

My introduction to Deptherapy was through my old team commander who put me in contact with Richard Cullen, who runs a charity that helps rehabilitate injured Ex-Forces with both mental and physical injuries. As I spoke to Richard I felt a lack of self-worth that really came to the forefront. I didn’t believe I deserved to be taken on by the charity and I used excuses like “there are people with a lot worse injuries than me.” Luckily, Richard saw straight through my excuses and spent the next year convincing me I was worth the time.

After a lot of convincing, I went on my first Deptherapy trip. I had done my open water revision and was starting to get really excited (which is a feeling that I hadn’t had in a long time). Two weeks prior to my flight I was riding my motorcycle down a road on a leisurely ride with my girlfriend and we were involved in a pretty bad crash. This put me into a very dark place in regards to mental illness; a combination of PTSD, guilt about my girlfriend’s injuries, feeling of self-worth and a brain injury coupled with pain from physical injuries restricting me from being my normal self. Through this whole chapter of my life, the Deptherapy charity, in particular Richard Cullen, has supported me and pulled me out of dark places.

Since day one of diving, I found that as soon as my head goes underwater nothing above sea level matters any more. I still had a lot of mental issues but I didn’t worry about them, I was free from anxiety, and essentially in a state of peace and tranquillity that I have never found anywhere else in the world.

The pool training for the PADI Open Water brought the group closer together and started conversations. The one thing that the Armed Forces community are brilliant at is speaking openly, even if the topic has a stigma attached to it within civilian life, such as Post Traumatic Stress Disorder.

As the week progressed we had presentations and open talks about overcoming adversity which really helped my mental state and my drive to get back to the old, fun me.

Everyone is encouraged to take part in the ‘Deptherapy Buddy Peer Support Scheme’, you can choose from either one of the troops who have been part or the Deptherapy programme for some time or one of the instructors/support team. They have all been trained in Mental Health First Aid. Richard said it made sense for him to be my buddy as we have known each other for two years. The idea is that you have someone to turn to, to talk to and who will support you both on the programme and when you return home.

Deptherapy provides an enriched environment where mental and physical injuries are not restricted. It teaches you that you can do whatever you put your mind to which overall helps wellbeing and self-worth. I have experienced this personally and I have now turned a corner and hope to continue doing it."

Jonathan joined our Leeds Academy and after successfully completing the Ex-Forces Programme was placed at Barclays as a Software Test Lead. He is responsible for managing projects around integration testing across digital platforms.

To apply to the FDM Ex-Forces Programme, or to discuss your options with a member of the Ex-Forces Team at FDM, send your CV or enquiry to [email protected]