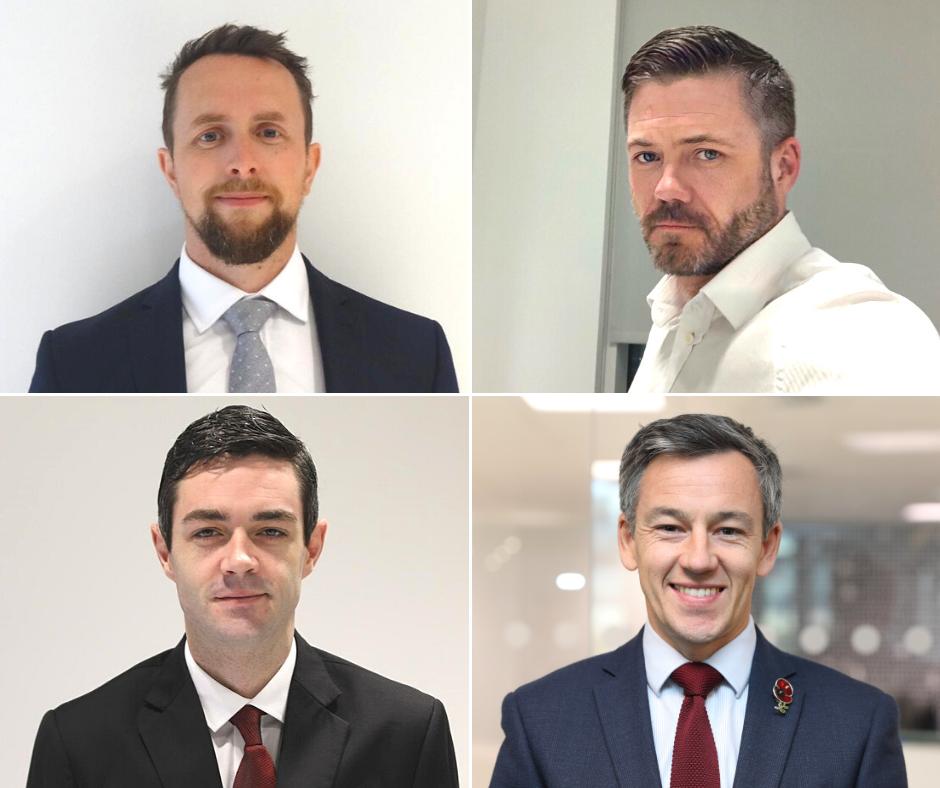 The Ex-Forces in Business Awards is the world’s largest celebration of military veterans in their second career. This recognition draws attention to the value and experience that veterans can offer employers and celebrates those who have stood out and made an impact. FDM has been working with ex-service men and women since 2014 and through our Ex-Forces Programme, we have placed 590+ consultants with our clients nationwide.

In 2019, two FDM consultants won in their categories, and this year, we are proud to see three of our alumni and one of our consultants being shortlisted for the awards. In this blog, Steve Kelly, Neil Usborne, Peter Hopes and Peter Carlin tell us about how their time in the military has prepared them for their new careers and they also share their advice with anyone thinking of transitioning into the civilian workplace.

Steve finished his Army career as a Warrant Officer Class One and was appointed Regimental Sergeant Major of a Campaign Signal Regiment. He then joined FDM, where he worked as a Strategic Practitioner, managing projects for a major banking group.

Steve spoke about the fantastic leadership he received during his time on-site, particularly during the COVID-19 crisis, and how the client has done a great job motivating their staff to efficiently operate and provide their essential services.

“I spoke to my line manager, and said in a jokey manner, “I think someone has made a mistake and nominated me!”. He told me that my achievements in the bank were hugely impressive, especially for someone who had only been a banker for a year and was a new service leaver. This sentiment was repeated by my peers, my team, and the COO. I am proud to be nominated and even more so that my colleagues are supportive and believe I deserve it. “

Nomination: Rising Star of the Year

Neil joined the Royal Navy in 2011 as a Warfare Officer and after spending a few years travelling the world on warships, he decided it was time to begin his civilian career. He joined FDM in 2018 looking to gain a wider source of experience and successfully secured a placement with a major banking group to work on an Armed Forces Covenant project. Here Neil was able to apply the skills he had gained in the military, and during his training, to manage the project to a successful end.

Whilst transitioning from the military into the civilian workplace, Neil was concerned that he would not receive the same career support and progression as he did in the military. At FDM, however, he was able to receive advice and support, and explore opportunities that he never thought would have been open to him.

For those looking to start a civilian career, Neil advises to speak with others who have gone through the experience themselves. Also, be open to learning new things and focus on how you can improve your CV, LinkedIn profile, and interview techniques.

“Receiving this nomination was very humbling and it makes me incredibly proud. I see it as recognition of the effort that I have put in my work since I left the Armed Forces, but also of the support and guidance I've had from family, friends and colleagues along the way. They inspired me to push as hard as I can to overcome the challenges I'm faced with.”

Nomination: Team Leader of the Year

Before joining FDM, Peter worked as a Survey Data Manager on HMS Gleaner, the smallest ship in the Royal Navy. He now works with a major banking group where he is an Agile Coach and Team Lead in tech. A big part of Peter’s role is assisting people with their career aspirations and continual growth.

Peter stressed that there are so many skills that individuals can draw on from their time in the military. It is important to identify these transferable skills for ex-members of the Armed Forces to apply them in the business world and contribute with various insights to their teams.

“This nomination means a lot to me; from my time in the RN working with the new entries, to leading technology teams and focusing on forming high performing agile teams, it’s fantastic to see the result of a leadership style that is about helping people grow, and also find yourself learning and growing alongside them. Working with teams to help empower them has been a key driving force for me, pushing back against a culture of micromanagement that can do more harm than good.”

After serving 10 years in the Royal Corp of Signals as a Telecommunications System Engineer, Peter decided to begin working as a private consultant. He worked with NATO, BT Global, and due to a chance encounter after returning to the UK, Peter was given an offer to interview for FDM. After training with us, Peter secured a role within a major banking group, which he states, “changed my life beyond belief”. Peter has now gone permanent with the client as a Production Management Analyst, as part of which he works on a variety of interesting projects.

Peter claims that the three most useful skills he gained from the military are selfless commitment, honesty, and teamwork, which have helped him in the commercial world.

“I am truly humbled, honoured, and grateful to have been nominated for such an award. For me, this serves as a reminder that all my effort throughout the years and never giving up was worth it. This recognition means that the work I am doing is making a difference and it encourages me to keep striving to improve.”

We would like to congratulate our talented FDMers and wish them good luck ahead of the Awards final in June.

If you are interested in kick-starting your civilian career, you can find more information here.