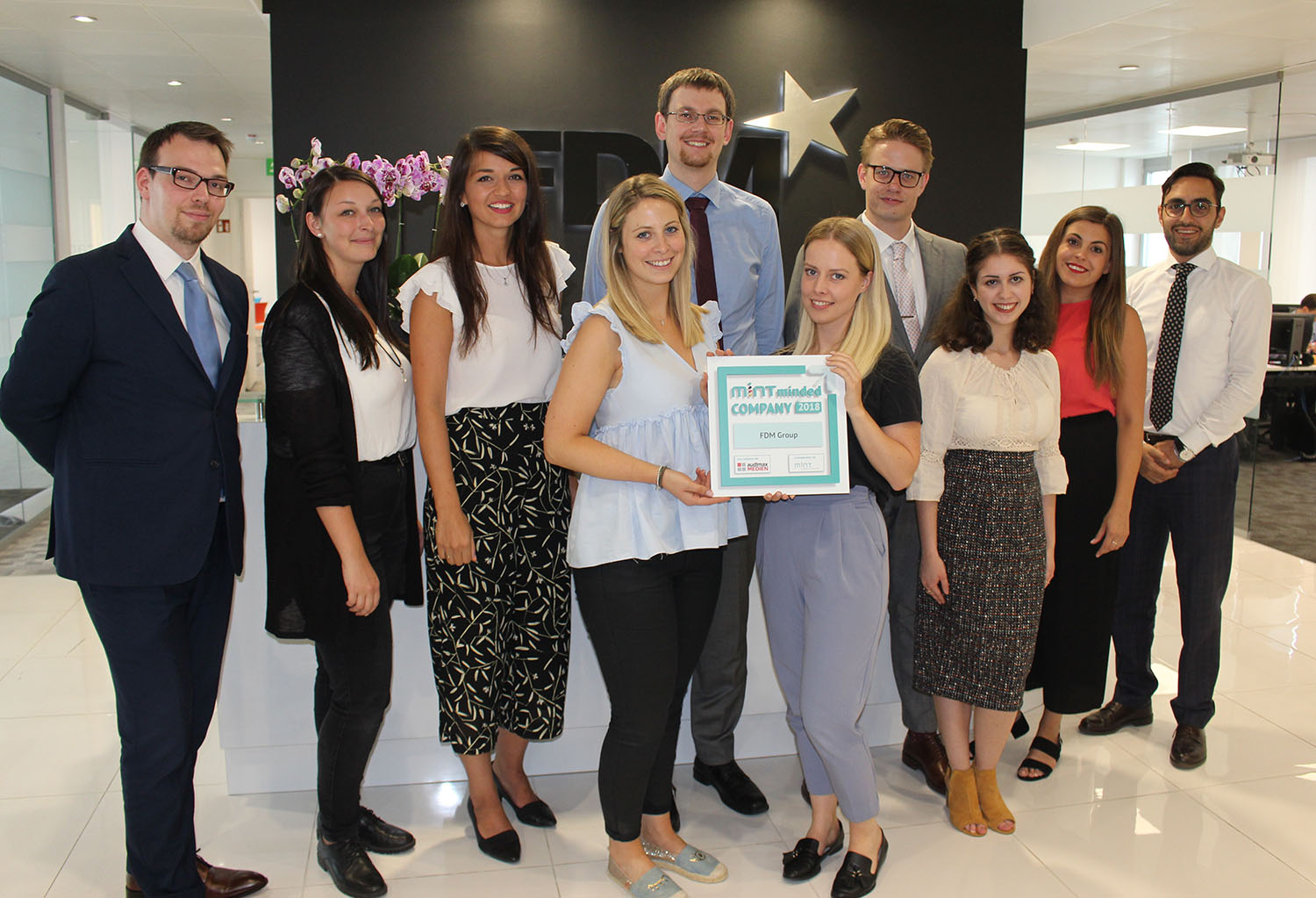 This year over 17,500 students and graduates in Germany nominated companies of their choice that they perceive focus on career opportunities for STEM graduates. Here at FDM we are thrilled to announce that we have won the award for the fourth consecutive year running.

MINT is an initiative led by Audimax MEDIEN GmbH and MINT Zukunft schaffen, which is a publishing house, specialising in magazines for students and graduates. Together, they work to fight against the shortage of skilled workers in Germany.

The MINT award honours companies that promote STEM talents. The beauty of this award is that it cannot be purchased by any company, instead it is purely based on nominations from certain target groups including STEM students and graduates.

Audimax MEDIEN want to set an example in German corporate culture and underscore the exemplary character of responsible companies. The main aim of this initiative is to communicate to the general public which employers are committed to promoting STEM talents in particular.

Marius Gelhausen a Recruitment Manager at FDM Frankfurt says “We truly believe in bridging the skill gap. We are so proud to have been nominated and to have won this award for the fourth consecutive year. We work extremely hard in training our graduates and offering them exciting opportunities in the tech industry. Being nominated and selected by students makes this award very special for us.”

Other companies which successfully passed the certification process in 2017 were: