Forking Up the Facts on Blockchain & the Food Industry Think of what you ate today.

Maybe a banana for breakfast, or a turkey sandwich for lunch?

If we asked you where that turkey meat came from, would you know? Or what about if the supplier was using ethical farming practices, or meeting all the industry standards before delivering the meat?

The reality is, most of us would not.

The world’s rapid globalisation has resulted in businesses adopting complicated global supply chains. As noted by Forbes, depending on the product, supply chains can span over multiple geographic locations, a multitude of invoices and payments, involve several individuals and extend over months of time. It has become difficult for consumers to truly understand the value of a product because there is a significant lack of transparency in current supply chains. It is also challenging to investigate supply chains when there is suspicion of illegal activity, or unethical practices.

With all of this complexity, consumers are now demanding more transparency from the companies they interact with. This has resulted in corporations contemplating how technology can help aid in the push for transparency. More specifically, companies have been experimenting with the integration of blockchain technology, and how it could revolutionise the efficiency and reliability of supply chains by tracking every step of a product’s journey from farm to table.

What is Blockchain Technology?

According to the IBM Blockchain Blog, blockchain is a distributed, digital ledger that allows members of a supply chain to record transactions in a decentralised data log maintained on a network of computers. In simpler terms, Forbes explains that blockchain is a technology that can be used for the exchange, tracking, payment and contracts of goods and services. There is no one central authority regulating the record, rather a network of computers, which makes the entire record highly transparent. The transactions are also secured through cryptography, making the entries unalterable and very reliable.

Tracking What’s On the Table

Consumer preferences are not the only factor fuelling the blockchain experiment in the food industry. According to Forbes, food-borne illnesses make thousands of people sick every year and cost businesses an estimated $93 billion in lost revenue. In 2018, there was a major E.coli outbreak that contaminated romaine lettuce in the United States and Canada, resulting in 210 reported illnesses from the consumption of the affected lettuce. In the same year in Ohio, the popular Mexican food franchise Chipotle faced serious repercussions when 647 individuals became ill from Clostridium perfringens (a food-borne disease that occurs when food is left at an unsafe temperature). This was one of several food contamination scandals for the company. The good news? According to Forbes, the implementation of blockchain technology may reduce the time needed to identify the source of contamination from months to minutes, potentially saving billions of dollars in the U.S, while simultaneously keeping thousands of people healthy and safe.

Because of the seemingly beneficial traits of blockchain, many notable companies have started to invest and experiment with the technology.

For example, BeefChain is a ‘blockchain verified beef and sheep’ company that partners with ranchers in Wyoming. They aim to bring technology to ranchers in order to enhance traceability and prove humane handling of animals. BeefChain uses RFID (radio-frequency identification) chips to track their partner’s beef and sheep, which records details such as when a calf is born, where it received vaccinations, it’s unique animal code, and more. According to BeefChain, these “first-in-the-world” blockchain calves totalling over 500,000 lbs of high quality Wyoming Certified Beef, will be ready for delivery this fall.

Other global companies, such as Nestle, recently announced that they will be launching a pilot program that will trace products like milk from New Zealand to the Middle East as well as palm oil in the Americas. Similarly, TechCrunch reported that retail giant Walmart has been working with IBM to transfer all of its ‘leafy green vegetable’ supplier’s data to blockchain by September (hopefully preventing more harmful E.coli outbreaks). 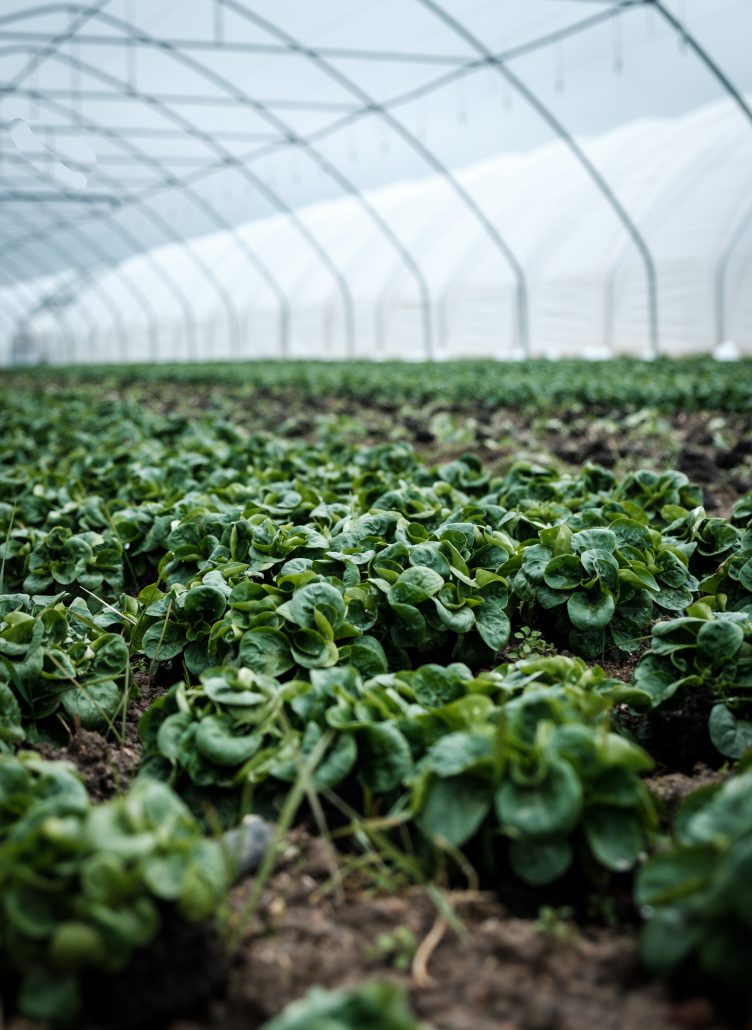 The application of blockchain’s technology is not limited to the food and beverage industry. The fashion industry, infamous for operating factories under questionable working conditions and manufacturing products with unsustainable materials, may also begin incorporating the technology into clothing items and accessories. Fashion designers, such as London Designer Matrine Jarlgaard, have explored adding blockchain technology to clothing pieces. To do this, QR codes or NFC (Near Field Communication)-enabled labels were attached to sweaters, allowing customers to scan the codes and read how their sweater was assembled and created, from shearing the sheep, spinning the yarn, knitting the garment and finally to arriving in the designer’s studio in London.

Whether it’s a ribeye steak or an alpaca sweater, consumers want to be educated in order to make more informed purchasing decisions. In the future, it is possible that we will see a rise in blockchain technology across multiple industries as it holds suppliers accountable for their actions, ultimately taking the meaning ‘from farm to table’ to a whole new level.

Photo by Daniel Fazio on Unsplash