The Most Inspirational Women in IT: Q&A With Alysia Silberg 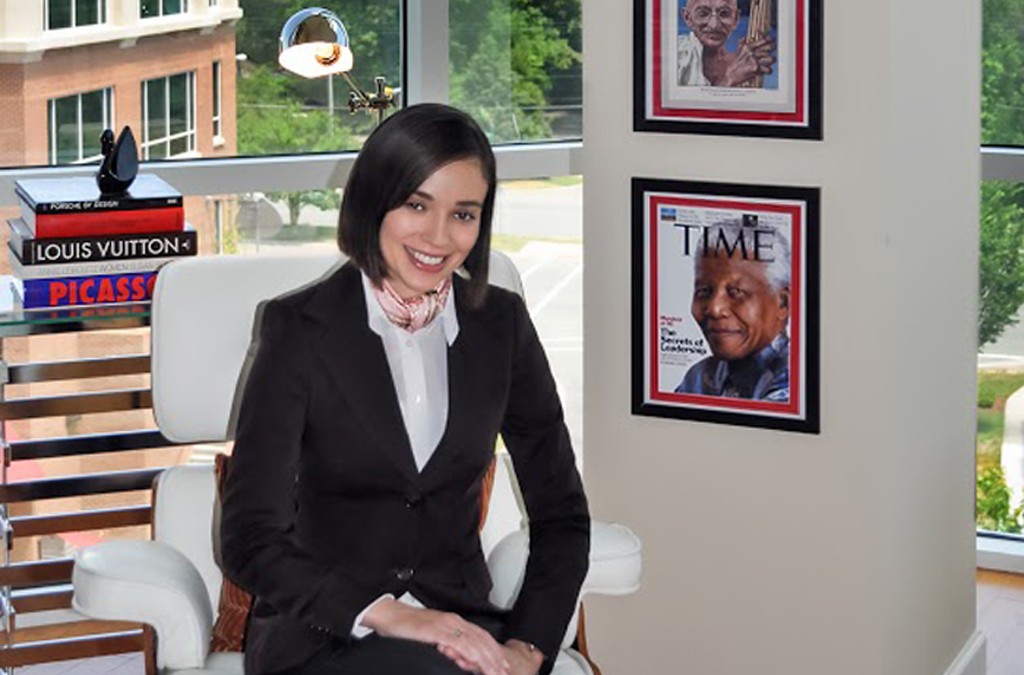 In the lead up to the FDM everywoman in Technology Awards, we spoke with Alysia Silberg, a nominee for the Inspiration Award, Founder and COO of Acceleforce, and a UN Global Champion for Women’s Empowerment in Entrepreneurship. Read the interview to find out how she blocks out the doubters, and why she believes that entrepreneurship is like a roller coaster.

People seem to have doubted you your entire life, but you still have achieved such great success. How do you block out the naysayers?

Being forced to grow up when my dad died (I was 10 at the time), left me feeling alone and vulnerable. When he was alive, he instilled in me the belief that I could achieve absolutely anything that I set my mind to. This belief became the base on which I tried to live my life.   Whilst I became independent at a really young age, it did not mean that I was immune to the power of naysayers. Over my life, I have given into vulnerability and allowed negative speak to influence my self-belief, but the one thing that I found consistently is that, when I did, I have ended up living through some of the darkest periods in my life. The interesting thing is that when I am able to harness the pain caused by this self-doubt, it is often the fuel that I need to tap into my self-belief, and use it to persevere, overcome hardship and achieve my goals.

You’re a South African entrepreneur who brought your business overseas to New York City. Why? What made you say that New York, and ultimately Washington DC, is where you needed to push your ideas?

Growing up in South Africa and completing my education in Canada brought me up to be a global citizen. South Africans tend to have a chip on our shoulders. We sit isolated at the bottom of Africa, and whilst we have what could be seen as a world-class economy and environment, we often feel that what we do is uncompetitive on a global scale.

Given my early exposure, it has always been a dream of mine to succeed as an entrepreneur in the US. The glamour and excitement portrayed in the likes of Fortune and Time Magazine has always been a massive draw to me and I guess I wanted a part of it. It has been an incredible journey and I would not give it up for the world.

Later this year, we are planning on opening an office in London to cater to all our existing clients there and in Europe and look forward to spending a lot more time in the city.

During your TEDx Talk, you showed a picture of a roller coaster with a bunch of twists and turns and loops and said “That is what being an entrepreneur in the US feels like.” What makes it so crazy?

Life as an entrepreneur in the US is a whole different ballgame! It is the most exhilarating, gut wrenching and jaw-dropping experience you could ever imagine. The thrilling highs and devastating lows that can be felt in a such a short period of time can only be likened to a roller-coaster. From having an incredible call with a billionaire angel investor, to being told about a 3 month project delay from your first multi-national client and on the same day, finding out that your top developer is moving to another company and is starting his new job tomorrow. There is literally nothing like it!

This image is a perfect representation of a day the life of a tech entrepreneur in the US.

So many people who start something of their own fail, but you grew your business, brought it overseas, set up shop ultimately in Washington DC, and have done so much more. What about your personality made it possible for you to achieve such great dreams?

As a person, I have always fed off triumphing through adversity. Whenever I was told that it could not be done, well, I found a way to make it happen. I have made it my mission to do what others wont to achieve what others don’t. As I mentioned in my TED Talk, I began life as an entrepreneur at the age of five and even though I have had a lot of difficulty in my life, I have always found solace in dreaming big and reaching for the stars.

Even with my success, there was still something missing in my life. My whole life, giving back has always been a critical component but after being appointed a UN Global Champion for Women’s Empowerment in Entrepreneurship, I began to see just how fulfilling empowering others on a large scale can really be. Whilst achievement has always been something that I could rely on for fulfilment, I realise now that it does not compare to the thrill that I get every day from helping others achieve their goals.

What is the most difficult challenge you have had to overcome to get to where you are today?

That must be self-doubt!

Without question, this is the hardest thing that I need to overcome every day. I am not a stranger to this feeling and know just how painful it can be. That is one of the main reasons that I try so hard to help others overcome it. For women, this feeling is particularly disempowering and I believe that if we can help women build their confidence and overcome this “silent killer” we as a gender can become unstoppable!

Why do you think there are so few women in the technology space?

Historically, tech has been a space for guys. They are perceived to be better at it, more technical and a better natural fit. It is these stereotypes that make a women’s role in technology that much harder. I have been in countless client meetings where women around the table in senior positions have being objectified and ignored, even though they are extremely intelligent and have immense value to add.

As women in tech, we need to stand united and encourage others to join our profession as the only way that we can overcome these stereotypes is by showing just how incredible we all can be.

You’re nominated for the Inspiration Award at the FDM everywoman in Technology Awards – how do you think you inspire young women who love technology as much as you do?

I began this journey not by trying to inspire people but rather just telling my story about what entrepreneurship meant to me. It wasn’t until I began to get feedback on my story that I realised what kind of effect it had on others. I have witnessed an amazing outpouring of support not only for my story but also for this award.

I share this nomination with all the people who have supported and believed in me and hope that they will continue to find inspiration both in themselves as well as in the accomplishment that this award represents.

This is an example of what one of the people who’s lives I have touched felt about my being made a finalist.

What would it mean to you to win the Inspiration Award in February?

It would mean absolutely everything in the world to me! But it would be deeply selfish to make this award all about me rather than the community which it stands to inspire and empower.

To me, this award is about encouraging the people that believe in what I stand for. As Sheryl Sandberg said, “Leadership is about making others better as a result of your presence and making sure that impact lasts in your absence.” I feel very strongly about this quote as there are many people on this journey aside from me and seeing the profound effects that even being nominated for this extraordinary award has had on these peoples’ lives is deeply moving.

For me there is no greater feeling than to watch the effect that my enthusiasm has as it begins to filter through and ignite the passion in those around me. As the demands on people’s lives continue to increase and they focus on paying bills, they lose sight of their greater purpose. For me there is nothing better than re-igniting their inner spark and watching as their reignited self-belief bubbles to the surface.

This in turn re-inspires me to want to try harder and do more. I see myself as a global change maker and this award together with everywoman UK gives me the courage and confidence to give more of myself to spark an even bigger difference in those around me.

The FDM everywoman in Technology Awards will be held at 6:45 p.m. on Tuesday, 23rd February, at the London Hilton on Park Lane, London