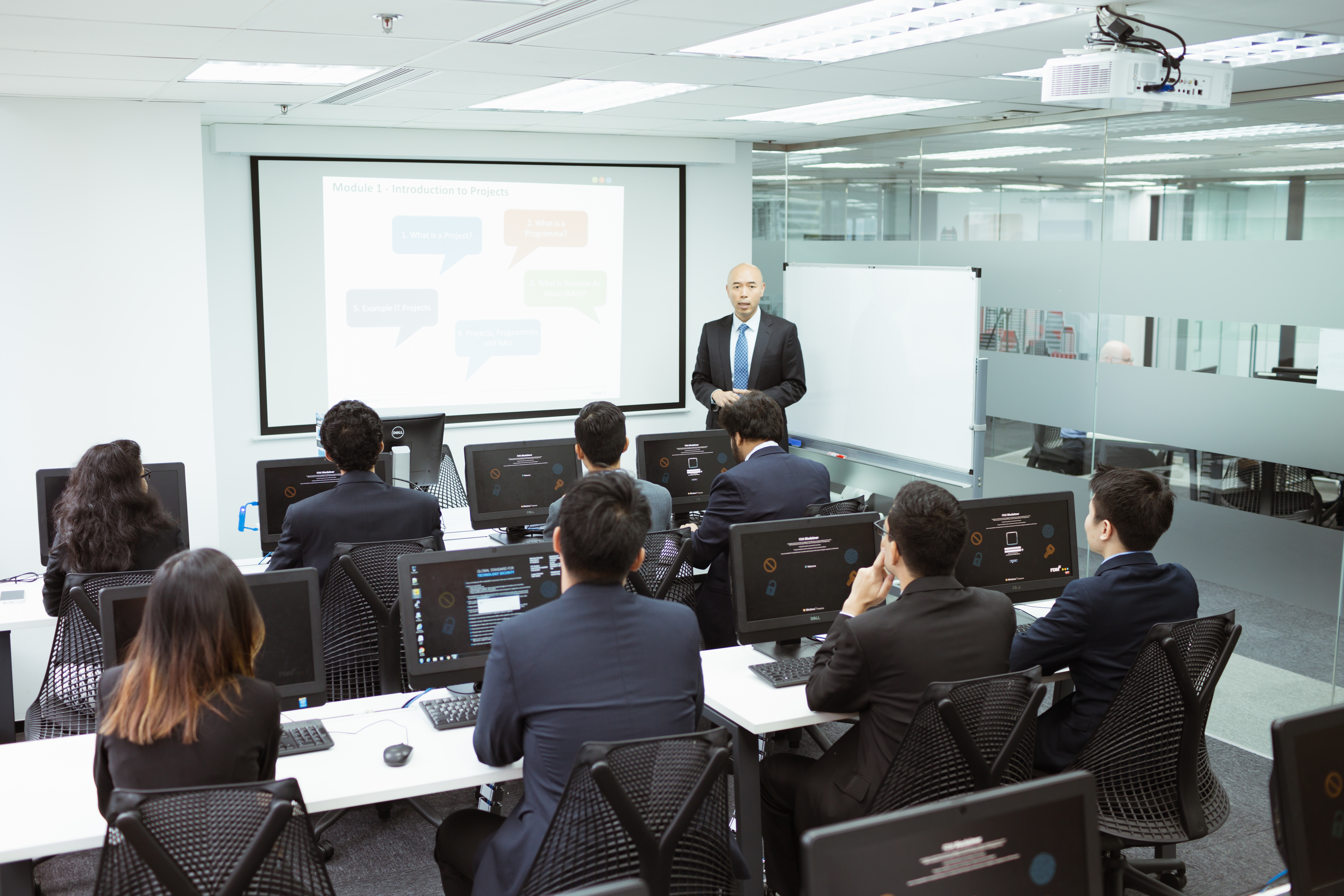 Since the launch of our Hong Kong Academy in 2016, the opening of our new Singapore centre in 2017 and the Sydney pop-up Academy launching early last year, we’ve had over 400 trainees go through our programme in Asia Pacific to date. Without the training and support from our dedicated team of trainers, our consultants wouldn’t be where they are today. Meet our APAC trainers: 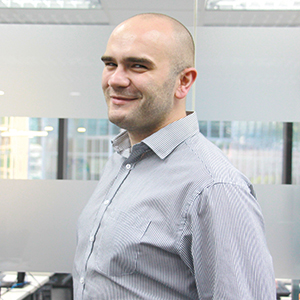 Billy began his career at the FDM Academy in 2014 as a trainee in the Java development stream in London. His joint enthusiasm for teaching and software development led him to apply for an internal role as a Java Trainer. To gain more experience as a software developer he went on-site as an FDM Consultant with Morgan Stanley in Hong Kong, where he progressed to become a permanent staff member. After two years at Morgan Stanley, Billy re-joined the FDM training team in Hong Kong as a Technical Trainer. In 2018, Billy relocated to spearhead our training offerings in Sydney, taking on the position of Academy Team Lead.

Chris is an experienced Java Developer and Business Analyst who prior to joining FDM, worked at Morgan Stanley for 12 years; six years in London and six years in Hong Kong. In 2016, he decided to transition from the finance industry to join FDM as a Technical Trainer in the Hong Kong Academy teaching a variety of modules including, Java, SQL, UNIX, Web Design and Excel. As head of our Hong Kong Academy, Chris continuously supports to address the digital skills gap within schools, having designed an eight-week Python workshop to teach high school students how to use code to command robots and complete different tasks – this has been one of his most rewarding projects to date. 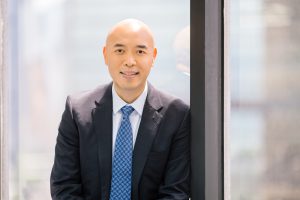 Dennis joined the team in March 2016 as the first in-house APAC trainer. Previously, Dennis was a trainer at DFS and acted as Head of Client Services at RFG. The courses he trains include: Professional Skills, SQL, Excel VBA, PSO, PRINCE2, ITIL and OS Admin (Windows). Dennis feels that the academy can open doors for so many people. “It’s been a wonderful experience and an absolute privilege to have the opportunity to serve and influence the next batch of IT talent for the APAC market.” 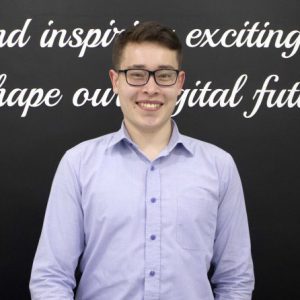 Darren began his career at the FDM Hong Kong Academy in 2016. After completing the software development programme he started his placement on-site with HSBC as a COBOL Developer on the Mainframe. After completing his placement at HSBC, Darren took up the position as Junior Technical Trainer. "It offers me a great way to continue to improve my development skills, whilst also having a strong accent, so developing my communication and presentation skills. It has allowed me to gain a deeper insight into how FDM works as a business, as well as the culture that it has built in the Hong Kong office." 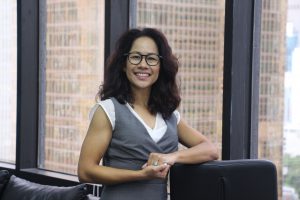 Nicole joined FDM as a Getting Back to Business Consultant in March 2016. She worked with HSBC’s digital team as a Digital Planning Analyst before returning to in-house to take up a permanent role in Consultant Development. A key part of that role involves pro-skills training as well as ongoing intervention workshops such as Time & Task Management, Assertive Communication, Networking and Resilience in the Workplace. Having worked in the education industry for over ten years, Nicole thoroughly enjoys being back in the classroom coaching and mentoring graduates. Her goal is to enhance the consultant’s learning experience by offering training that is not only relevant and effective but also provides tools for lifelong learning and career development. 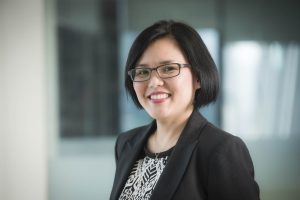 Veronica joined the Singapore team in July 2017. She is an IT professional with 20 years of experience in business analysis and application design, development and consultancy, project management, training, technical solution presales and management roles. She trains the foundation modules and some of the business and technical modules. Veronica looks forward to sharing her experiences and knowledge with FDM trainees. 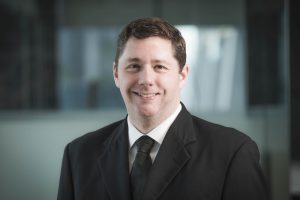 Kristian joined the FDM team in January 2017 as a Technical Trainer predominantly teaching SQL, UNIX, OOD and Java. After leaving high school Kristian enlisted in the U.S. Navy for six years as a radioman on nuclear submarines. After the military, he worked as a Network Operations Technician for CompuServe in Columbus, Ohio. At the same time he completed a Computer Science degree with a minor in Business. Kristian feels that, “the most fulfilling aspect of my job is when a student has that “aha” moment and understands a concept I am teaching, and the ability to take a graduate who is new to the workforce and help them start an exciting new career path.” 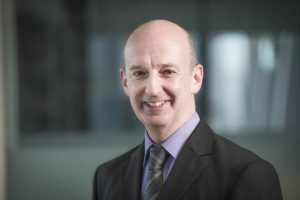 Nigel began working for FDM as a Business Trainer in 2015 in the Manchester and Leeds centres and has now relocated to the Singapore centre. He originally studied Computing and Data Processing (as it was called then) at the University of Bradford and started his career working briefly as a Developer and IT Trainer for the NHS. He then spent over 20 years in the UK finance sector where he became qualified as an ‘ITIL Expert’ having gained extensive experience in IT Service Management, delivering IT desktop and server projects and managing third party suppliers. 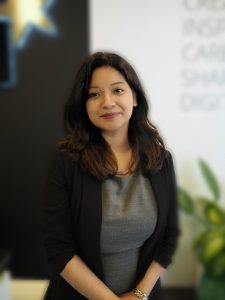 Lakshmi graduated with a degree in Computer Engineering and has 15 years of IT experience. She has worked in development and production support roles in numerous investment banks in Singapore including Credit Suisse, Braclays and Royal Bank of Scotland. After starting her career as a .NET developer at a stock exchange, she later moved from programming onto IT Service Management and Business Analysis roles before becoming a trainer at FDM in 2018. She is a PMP (Project Management Professional), certified Scrum Master (CSM) and ITIL intermediate level certified in various modules. Lakshmi is currently teaching UNIX, ITIL, Professional Skills and Financial Industry Awareness.