This Week in Tech News: A New Gadget Era

Signed, Sealed, and Drone-Delivered Thanks to UPS, and startup company Matternet, who are dedicated to developing on-demand delivery services through the use of drones, significant steps have been taken to make the delivery of medical samples as efficient and inexpensive as possible. In a press release from UPS, the package delivery company outlined their plan along with collaborators including the Federal Aviation Administration, the North Carolina Department of Transportation, and private health care organization WakeMed to help support healthcare growth and build new relationships to deliver proper patient care across Raleigh, North Carolina.

Thanks to UPS, and startup company Matternet, who are dedicated to developing on-demand delivery services through the use of drones, significant steps have been taken to make the delivery of medical samples as efficient and inexpensive as possible. In a press release from UPS, the package delivery company outlined their plan along with collaborators including the Federal Aviation Administration, the North Carolina Department of Transportation, and private health care organization WakeMed to help support healthcare growth and build new relationships to deliver proper patient care across Raleigh, North Carolina.

The operation will run at WakeMed locations in Raleigh and will provide a multitude of benefits, including same day delivery and testing, lower costs and more. According to TechCrunch, WakeMed previously relied on cars to deliver their specimens to their main hospital and central pathology lab; which often led to drivers facing delays due to road closures and traffic.

Throughout WakeMed’s facilities in the Raleigh area, medical professionals will load Matternet’s M2 quadcopter drone with a securely packaged medical specimen requiring testing, such as a blood sample. Following their programmed flight path, the drones will carry these crucial specimens nearly 13 miles to their fixed landing pad at another of WakeMed’s testing centres throughout Raleigh. According to the press release, although the drones will be autonomous, their flight will be monitored by a Remote Pilot-in-Command and will be analysed by UPS and Matternet to research how drones can potentially improve delivery methods across industries. CNET reports that Amazon, Google, and Walmart are but a few examples of companies who are exploring the benefits of using drones as delivery-bots. 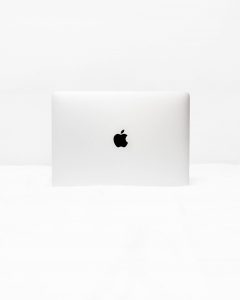 More Apple in Your Pocket

Apple is not giving up until that white fruit logo is on everything a consumer can own. On Monday, Apple announced that their new ‘virtual’ credit card will be available to customers in the summer of 2019 and can be used with Apple Pay—a service expected to reach 10 billion transactions this year according to TechCrunch.

For those who enjoy holding their piece of plastic, card owners will receive a physical card with their name, but no card number, security code, expiration date, or signature as these details are only accessible via the Wallet application on the iPhone. CNET reports that there are no late fees, annual fees or international fees associated with the card.

Opening the virtual Apple card in the Wallet app will display information about your transactions and the locations of them, your balance, and even categorizes your purchases. Additionally, every Apple Pay transaction earns you in cash back that is credited to your account daily. Of course, Apple purchases earn you 3%, and physical transactions using the titanium card receive cash back.

The tech giant partnered with Mastercard and Goldman Sachs to roll out this service, and outlined that personal data such as the locations and purchase details of user transactions would not be visible to Apple nor sold by Goldman Sachs.

Goldman Sachs International’s CEO Richard Gnodde informed CNET that the card will eventually reach international-level expansion after its initial release in the US.

Three AI specialists were awarded with the Alan Turing Award on Wednesday, thanks to their key contributions to the engineering space—specifically artificial intelligence.

Geoffrey Hinton, Yoshua Bengio and Yann LeCun were the three recipients of the $1 million prize funded by Google and the 2018 award, which is known as the ‘Nobel Prize of computing’, according to the University of Toronto’s news release. Bengio is a Université de Montréal professor, LeCun is the director of AI at Facebook, and Hinton works for Google as well as the University of Toronto according to the BBC.

This ‘godfathers of AI’ trio, according to The Verge, were close collaborators and huge developers in a specific AI specialised field known as deep learning. This concept is made up of building computer programs that contain layers of artificial neurons and brain features that allow computers to process data in a similar way to animals. The deep learning field consists of major contemporary technologies such as speech and facial recognition, self-driving cars and even Facebook.

"It's very nice that the group of us have been recognized as having a big impact. It's sort of an acceptance by the computer science community that this stuff isn't crazy,” Hinton told the U of T.