This Week in Tech News: Kick it Up a Notch

Google enters the gaming world On Tuesday at the 2019 Game Developers Conference, Google CEO Sundar Pichai revealed the company’s move into the gaming industry with their new browser-based, live-streaming gaming service, Stadia. When the service launches some time in 2019, gamers will no longer need to purchase entire systems and costly memberships to play their favorite games. Thanks to Stadia, games will run through a server and stream on the user’s device of choice, according to TechCrunch. The user will have access to any game and will be able to move from YouTube to game play instantly, with no installing or downloading necessary, according to The Verge.

On Tuesday at the 2019 Game Developers Conference, Google CEO Sundar Pichai revealed the company’s move into the gaming industry with their new browser-based, live-streaming gaming service, Stadia. When the service launches some time in 2019, gamers will no longer need to purchase entire systems and costly memberships to play their favorite games. Thanks to Stadia, games will run through a server and stream on the user’s device of choice, according to TechCrunch. The user will have access to any game and will be able to move from YouTube to game play instantly, with no installing or downloading necessary, according to The Verge. 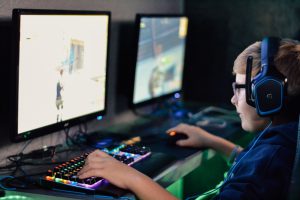 Upon initial release, Stadia will be accessible through a Chrome browser, Chromecast, Chromebook, or Pixel device, according to Pichai via TechCrunch. It will allow users to compete across platforms as well, thanks to its ability to support 4K at 60fps, topped off with surround sound and high dynamic range, according to TechCrunch.  Once fully released, the service will be able to be used on several types of devices including tablets, phones, computers, and TVs. The Verge reports on Google’s plan to build proper power managing systems, “Google is partnering with AMD to build a custom GPU for its datacenters. It’s a chip that Google claims will deliver 10.7 teraflops of power, which is more than the 4.2 teraflops of the PS4 Pro and the 6 teraflops of power on the Xbox One X. Each Stadia instance will also be powered by a custom 2.7GHz x86 processor with 16GB of RAM.”

The platform will work with existing third-party controllers that users will likely already have, including PlayStation 4, Xbox One, and Nintendo controllers. A keyboard and mouse is also an option for use. However, we had to expect Google’s release of their own controller for Stadia, which connects to WiFi directly rather than a gaming box. The controller also provides a share button for gamers to capture their plays and upload them directly to other users or to YouTube. It wouldn’t be a Google device without a Google Assistant button, and this controller is no exception. Gamers can make voice commands to enable features and make requests, according to TechCrunch.

Instagram has made recent changes to their platform that cater to consumers in several ways. Users saw the addition of Shopping on Instagram, which added the ability to attach price tags to each item for sale in a posted photo. Clicking the tag would redirect the user to that vendor’s website, where they could purchase the product.

Now, Instagram’s stepped it up a notch. 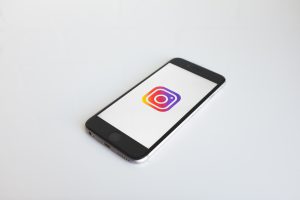 Owned by Facebook, Inc., Instagram is now trialing a ‘Checkout with Instagram’ option that still features the price point of the product on a post, with the addition of an order form which allows the immediate purchase of that product—no third party site necessary. Users can purchase the item directly from Instagram with their payment method of choice, including various credit card options and PayPal, according to Reuters. As quoted by Reuters, Instagram revealed that the app has more than 130 million users viewing product tags per month, a major increase from their user viewings from late 2018, which sat at 90 million.

Brands that have partnered with Instagram on this new checkout feature include Kylie Cosmetics, Michael Kors, Adidas, and more according to TechCrunch and Reuters. Instagram will reportedly enact a selling fee for merchants who sell their products through this feature to offset the platform’s expenses for offering direct checkout and a smoother, easier transaction process for customers. Customers will also be able to track purchases they’ve made through Instagram directly, and will receive notifications about shipping updates.

Some critiques of this feature circle around the concept of privacy. According to TechCrunch, user payment information would be stored in the app, and Instagram has confirmed that interacting with Checkout will assist in ranking relevant content that users will see. Following several controversies regarding a lack of user data protection, Facebook is facing major criticisms by individuals and governments alike. Amid Instagram’s claims of providing more relevant content and convenience, a platform owned by Facebook requiring and storing payment information might be enough to make shoppers to hesitate.

Diabetes is a common disease that is extremely dangerous when poorly managed. Technology known as ‘closed loop tech’ is a fairly new option for those suffering with diabetes, and is something we could see frequently this year in wider commercial markets. This concept was first introduced in 2017, and was a method that many in the diabetes community attempted to provide for themselves by creating DIY closed-loop devices from their current monitoring systems, according to CNET. 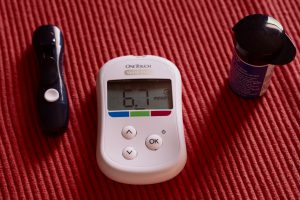 Bigfoot Biomedical is just one startup company in the health industry that is making waves with their closed-loop concept device for monitoring the blood sugar of diabetics. Their ‘smart pump’ uses an Abbott Freestyle Libre stick-on monitor to obtain glucose data, while the pump delivers the proper amount of insulin through a wearable injection patch, according to CNET.

This device removes the painstaking task of self-administering insulin and could potentially eliminate major side effects from an improper insulin dose.