France Imposes Tech Tax France is (imposing) a digital services tax of 3% on France-generated sales of tech giants such as Facebook, Amazon and Google. According to the BBC, the tax will be based on sales made in France, rather than on profits. The tax will apply to tech companies that earn over £674m, only if at least £22.5m of those total earnings are generated in France. The policy will be retroactively applied from earlier this year.

France is (imposing) a digital services tax of 3% on France-generated sales of tech giants such as Facebook, Amazon and Google. According to the BBC, the tax will be based on sales made in France, rather than on profits. The tax will apply to tech companies that earn over £674m, only if at least £22.5m of those total earnings are generated in France. The policy will be retroactively applied from earlier this year. 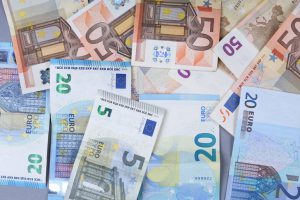 French Finance Minister Bruno Le Maire made a statement and was quoted by the New York Times as saying, “We’re being confronted with the emergence of economic giants that are monopolistic and that not only want to control the maximum amount of data, but also escape fair taxes,” he said. “It’s a question of justice.”

The European Commission estimates to the BBC that while traditional businesses face a 23% tax rate on their EU profits, internet companies pay a measly 9%. France is the first European country to enact this policy, and it has led to backlash from the United States in particular. The US argues that this tax unfairly targets American companies – about 30 companies will be affected by this change, according to Finance Minister Le Maire, and most of those 30 are US-based companies. According to The Hill, US President Donald Trump announced an investigation earlier this week led by the Office of the United States Trade Representative to determine if the French policy would disproportionally affect American companies.

The new tax is expected to raise £360m for the French government in 2019 alone. It is likely to be signed into law by French President Emmanuel Macron in the coming weeks, according to the New York Times.  According to CBS, several countries including Australia, Italy, and the United Kingdom have similar digital tax proposals in the works. The Bank of England has announced the face of their newly produced £50 note - the famed code breaker Alan Turing. According to the BBC, Mr. Turing was selected out of 227,299 nominations and 989 eligible scientists, including Stephen Hawking, Charles Babbage and Ada Lovelace.

Alan Turing is known for several praise worthy accomplishments and contributions that underpin his selection. One of his largest accomplishments includes his crucial role in assisting the Allied powers in deciphering coded German messages in World War II. His notable paper “On Computable Numbers” published in 1936, his role in solidifying the concept of computer algorithms and his work as a pioneer in the area of artificial intelligence are also among his many achievements.

In 1952, Turing was convicted of gross indecency for his relationship with a man and was arrested. In 2013, Turing received a royal pardon for his conviction. The new £50 note featuring Alan Turing will enter circulation by the end of 2021.

Discussions around voice assistant concerns have been fairly prominent across recent news headlines while Amazon’s Alexa charges forward, breaking new ground. According to the Telegraph, Amazon has partnered with the National Health Service (NHS) to offer a new voice-assisted service through Alexa. The service will allow customers to obtain health-related advice directly from the NHS website through simple voice commands. Health Secretary Matt Hancock was quoted by the BBC as describing this partnership as the “latest step in a technological revolution in the NHS.” This is also a part of the NHS’s long term plan to make their services more digitally accessible.  Gov UK reports that by 2020, half of all internet searches will be made through voice-assisted technology. 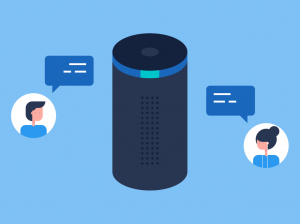 The BBC reports that this service was introduced in hopes of reducing demands on the NHS. When Amazon customers ask their Echo device about their symptoms or treatment options for their ailments, Alexa’s algorithm will search the NHS website to provide an immediate answer their query. This service is expected to be helpful for audiences that have trouble accessing the internet independently, including the elderly and the visually impaired. This service is also expected to take some pressure off of hospitals and GP's.

With any newly introduced technical service in this space, privacy concerns have been voiced heavily, especially from civil liberty group, Big Brother Watch. The BBC reports that Amazon has confirmed that all user information will be kept confidential.