FaceApp Fears Apps and their popularity seem to vary by the day, and today’s wildly pervasive app that is likely present on your social media feed is FaceApp. This AI-powered, photo-editing application alters the faces of users by applying different filters, changing features such as hair colour, gender, age and more.

Apps and their popularity seem to vary by the day, and today’s wildly pervasive app that is likely present on your social media feed is FaceApp. This AI-powered, photo-editing application alters the faces of users by applying different filters, changing features such as hair colour, gender, age and more. 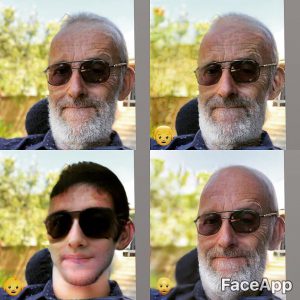 Although this application has existed for years, it has recently unleashed major privacy concerns in today’s anxiety-ridden digital climate. The application works by uploading a user-submitted photo to the app’s cloud-based servers, applying comical filters and features to the photo and then returning that image to the user’s device for sharing, as reported by The Verge. Concerns around this process includes FaceApp’s access to user’s photos and personal data, and the storage of that data in FaceApp’s cloud servers. FaceApp responded by stating that most of the images mined by the application are deleted from their servers within 48 hours from the date the image was uploaded. FaceApp claims this is done for “performance and traffic” reasons, and that they do not share or sell any data to third party groups.

Forbes reports that as 5G technology becomes more ubiquitous, the process of our personal data being uploaded and stored in the cloud will occur even more frequently. Users may expect to see more apps that upload our personal data to the cloud and instantly return it to our devices for sharing, old-age filters and all. Which in turn means many more opportunities for personal data to be breached.

It’s important to note that many applications on our smart devices likely do this same type of harvesting without our knowledge – FaceApp is by no means an outlier in this area. The lesson to be learned? Always be conscious of the data you are allowing applications to access from your mobile device, no matter how minuscule it seems, especially when the data involves personal information.

Back in 2017, Atlanta-based credit-reporting company, Equifax, experienced a huge data breach that resulted in about 147 million people’s personal data and information being compromised, including their social security numbers, addresses, payment card numbers and expiration dates.

As reported by CNet, regulators accused Equifax of misleading customers across the United States as to how secure their personal data was, as well as failing to protect that personal data after the company failed to take action against a vulnerability that it was made aware of months prior to the breach. The repercussions for this data breach will not come cheap, according to Reuters.

In addition to the $175 million USD fine paid to the affected US states and territories, a $100 million USD fine was paid to the Consumer Financial Protection Bureau, and up to $700 million USD is owed to settle the lawsuit claims of affected Americans. The BBC also reported that last year, the UK Information Commissioner’s office issued a £500,000 fine to Equifax after 15 million UK citizens’ data was compromised. The Verge confirms that up to $20,000 USD will be paid out to each American affected by the breach, which is referred to as one of the worst data breaches in US history.

Equifax will also offer free credit monitoring services to those affected. The United States’ Federal Trade Commission has provided online information and resources to those who are interested in making a claim against Equifax. FTC Chairman Joe Simons was quoted by The Verge as saying, “Equifax failed to take basic steps that may have prevented the breach…This settlement requires that the company take steps to improve its data security going forward, and will ensure that consumers harmed by this breach can receive help protecting themselves from identity theft and fraud.”

Major Error for the Book

Facebook is taking heat for another major error in their design system, which allowed unapproved users to chat with children under 13 years of age via Facebook’s Messenger Kids application. 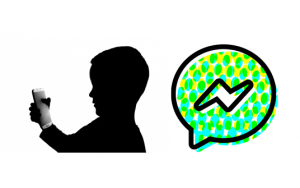 The reason behind the creation of Messenger Kids was to prevent this scenario altogether, providing a safe and private area for young users to interact with parent-approved users, according to TechCrunch.

A technical error in Facebook’s system allowed a “small number” of group chats to invite unauthorised users to a group chat with young users. This resulted in thousands of children being added to group chats with users that were not authorised by their parents, according to The Verge.

While Facebook didn’t publicly disclose the glitch, the tech giant notified the parents of the affected Messenger Kids users, revealing that the unsecured chats had been turned off and additional online safety resources would be provided.

Photos by Facebook [Public domain] and PublicDomainPictures from Pixabay