ACCEPT ALL REJECT ALL CLOSE
May 3, 2019 Maddy Kislovsky, Blog Contributor

This Week in Tech News: The Fight Against Disinformation 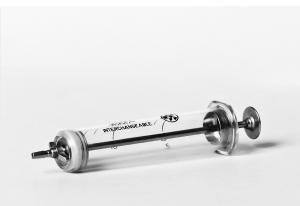 Across the globe, children are suffering from outbreaks against a disease said to be eliminated from the Americas and on its way to eradication in all regions—measles. According to TechCrunch, the past year has been the worst on record in the US for measles outbreaks with over 110,000 measles cases being reported across the globe within the first three months of 2019.

According to The Times, Europe has been one of the regions most affected with these outbreaks with over half a million children in Britain have not been vaccinated against the disease. This is partially due to disinformation, where fraudulent campaigns incorrectly claim that vaccines lead to major health issues and developmental disorders. In an attempt to stop the flood of incorrect information and end their share of adding fuel to the fire, several technology platforms are no longer allowing the presence of campaigns against vaccinations on their sites.

Crowdfunding site Indiegogo is the most recent addition to the list of platforms taking action after shutting down a campaign that raised more than $86,000 USD for the production of a documentary promoting the false belief that vaccines cause Autism. Directors of the documentary have claimed that they are being censored, according to TechCrunch. Last month, Amazon removed two pseudoscientific books from their site that promote cures for Autism, according to the New York Times, after US Congressman Adam Schiff sent a letter to Amazon CEO Jeff Bezos, YouTube, and Facebook stating that the promotion of these types of products result in the spreading of harmful health information. Additionally, the UK’s Chief Medical Officer Professor Dame Sally Davies blamed social media for the acceleration of false vaccination claims, YouTube ended the displaying of “anti-vax” advertisements on their site and halted anti-vaccine videos from surfacing in recommendation lists. According to the BBC, YouTube also released plans to create pages of source lists that provide fact-checking websites for viewers to access. Facebook also announced in March that it will no longer allow anti-vaccine information to be promoted through advertisements or recommendations, even diminishing its visibility in search results, as reported on by Wired.

Fitness Trackers Found to be Off the Mark

Many fitness enthusiasts rely on wearable trackers to calculate their distance, speed, heart rate and more as they exercise. According to the BBC, consumer watchdog company Which? found that several brands of fitness trackers have been providing misleading data to users. 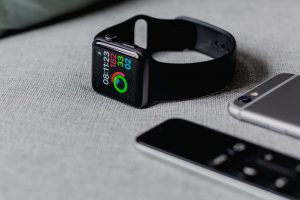 The test included devices from Apple, Samsung, Garmin, Huami, and Huawei. Each of these devices provided some errors in reading the distance travelled by the researchers. The most accurate watch was the Apple Watch series 1, which over-estimated the wearer running the marathon distance (26.2 miles, 42.2 kilometers) by 1%. The least accurate was Garmin’s Vivosmart 4, resulting in the user running 10.8 miles over the marathon distance. Samsung’s Gear S2 device and the Amazfit Bip were close followers reporting incorrect distances.

Spokespeople from the companies who were tested, along with other experts, cited the discrepancies likely being due to the testing being performed with subjects running on treadmills, rather than actually moving outdoors. This causes the devices that are being tested to perform only with the use of step-counting algorithms, rather than a combined calculation comprised of said algorithms and GPS.

This news follows a study conducted by researchers at Aberystwyth University earlier this year. The researchers found that “all products” tested provided inaccurate calorie burning reports during walking and running tests, according to the BBC.

Scientists have reached a milestone accomplishment regarding those who suffer from neurological impairments that result in an inability to communicate. According to the findings of research conducted by University of California San Francisco researchers Gopala K. Anumanchipalli, Josh Chartier, and lead author Edward F. Chang, “Decoding speech from neural activity is challenging because speaking requires very precise and rapid multi-dimensional control of vocal tract articulators. Here we designed a neural decoder that explicitly leverages kinematic and sound representations encoded in human cortical activity to synthesise audible speech.”

This translates to scientists using electrodes that are placed directly on patients’ brains to record activity in the regions that direct and instruct the movements of our vocal tracts during speech, according to National Geographic. This activity led to the creation of acoustic sounds through a computer simulation of human lips, jaw, tongue and larynx moving at the direction of the patient’s brain activity.

UCSF compares the speed of current assistive devices that allow users to produce synthesised speech, usually at a maximum of 10 words per minute, to the speed of natural speech which lies somewhere between 100-150 words per minute. Transcribers of the synthetic speech created in this study identified 69% of the spoken words and transcribed 43% of spoken sentences accurately. Those suffering from traumatic brain injuries or diseases that affect the neurons in the brain might one day be able to speak again, thanks to these dedicated researchers.