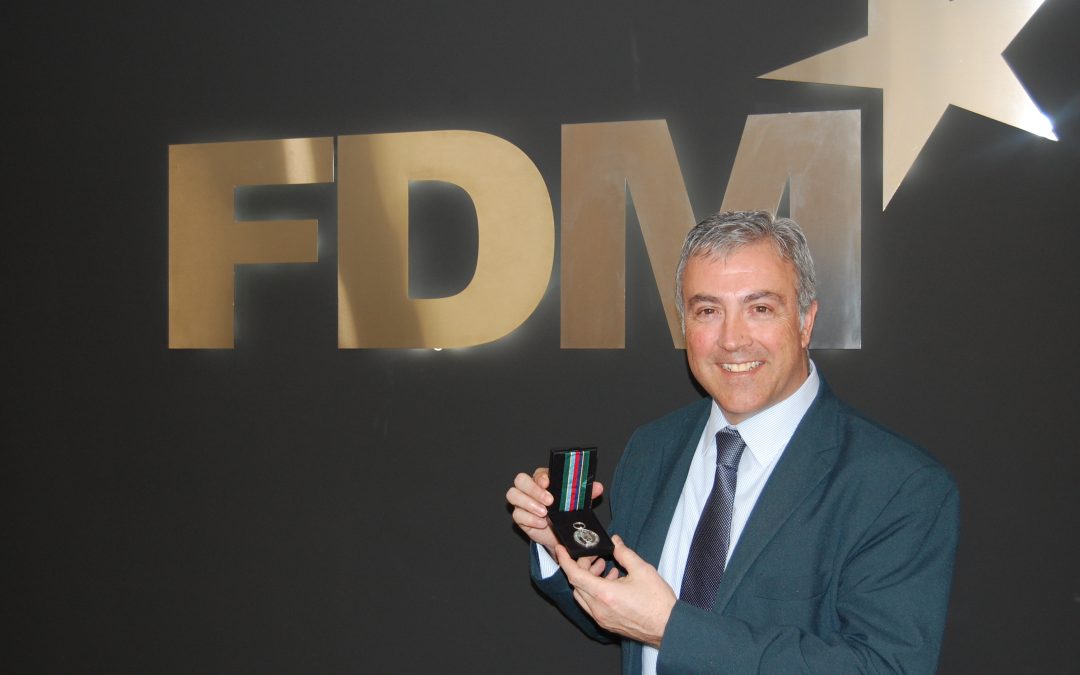 Lawrence Hill, an IT trainer in our Leeds Academy has been awarded the prestigious Volunteer Reserves Service Medal.

Lawrence was awarded the Volunteer Reserves Service Medal having completed ten years of Service with the Armed Forces Reserves.  With a total military service of 32 years Lawrence’s commitment was recognised through this award earlier this month.  Lawrence joined the Royal Corps of Signals in 1985 and served full-time until retirement in 2007.  He immediately continued his service with the Royal Corps of Signals in a Reserve unit to continue his service.  This commitment to working as a full-time IT trainer as well as part-time reservist is a testament to the hardworking character of Lawrence.

Lawrence says: ‘Working with FDM Group here in Leeds has allowed me to continue with my Armed Forces employment without malice or prejudice. FDM actively encourage and support my employment, and sees the benefits that this employment brings to the company. FDM is a firm advocate of the Armed Forces Covenant and applies all the conditions to assist its employees with their part-time roles and activities in the Armed Forces Reserves’.

Rod Flavell, FDM Group CEO says: “We congratulate Lawrence on this major achievement which demonstrates Lawrence’s continued commitment to the Armed Forces. Since joining FDM following his career in the Royal Corps of Signals, Lawrence has been an invaluable employee. His military experience means that he is extremely well placed to help train those who join our Ex-Forces Programme to start their new careers in a commercial setting.”

Congratulations Lawrence on this impressive achievement!