A History of Pride 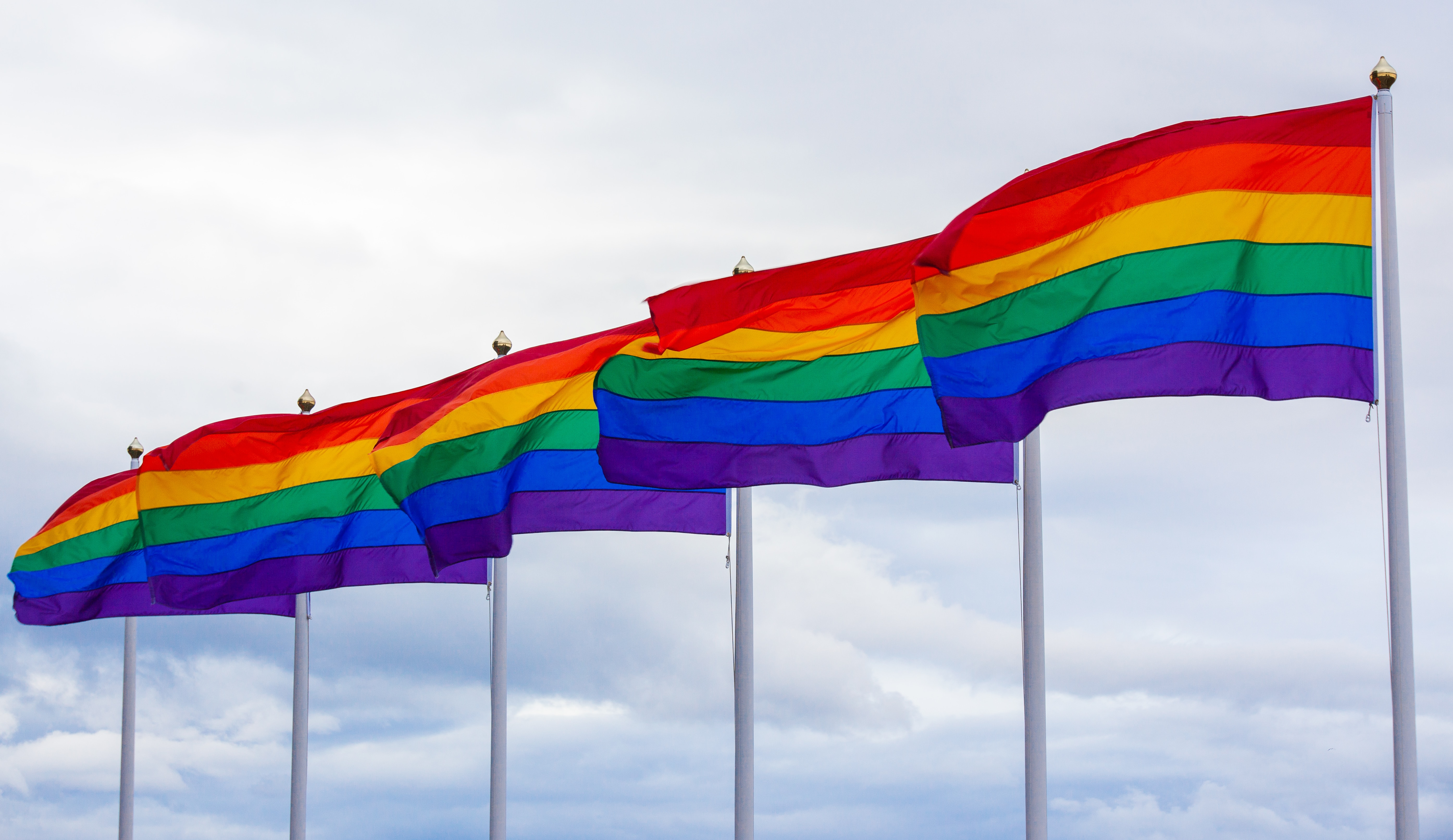 This year’s Pride celebrations are a bit unique compared to prior years, and FDM is proud to stand behind the belief of equality for all. 2019 marks the 50th anniversary of one of the biggest events in the history of gay rights – the Stonewall riots. We’re honouring how far the LGBTQ+ community has come and recognising some setbacks along the way, by breaking down a history of Pride around the world.

The United States’ first documented gay rights group, The Society for Human Rights, is founded by Henry Gerber in Chicago.

Police raid a popular New York City gay bar named the Stonewall Inn and conduct arrests of the customers, resulting in riots that last several days. The riots are dubbed The Stonewall Uprising, and are known as one of the most notable events in the history of gay rights. The event is credited as the initial launch of the fight for equal rights. Stonewall resulted in the formation of several LGBT organisations and publications, and motivated the LGBTQ+ community to organise and end their oppression.

Activists organise the first gay pride parade in the US, called the "Christopher Street Liberation March," which sparked Pride parades for years to come.

The nonprofit group Lambda Legal is founded by Bill Thom as the U.S.’s first legal organisation dedicated to achieving full equality for lesbian and gay people. They would fight for the LGBT community by setting historic precedents, eliminating sodomy laws, and protecting civil rights initiatives.

The American Psychiatric Association removes homosexuality from its list of mental disorders.

The Gay Pride Flag makes its first appearance in San Francisco after being designed and created by veteran Gilbert Baker. The original flag had eight colours before it was cut down to six a few years later, with each colour carrying a meaning: red for life, orange for healing, yellow for sunlight, green for nature, blue for harmony and violet for spirit.

Wisconsin becomes the first state to ban discrimination based on sexual orientation. To this day, there are no explicit laws protecting LGBT people from discrimination in employment, housing and public accommodations in 28 U.S. states.

The Clinton administration enacts the Defense of Marriage Act, defining marriage as a union between a man and a woman.

President Barack Obama signs a bill declaring that assaulting a person based on their sexual orientation or gender identity is a federal crime. Supporters classified this as the first major federal gay rights legislation.

The Obama administration repeals the Clinton administration’s “Don’t Ask, Don’t Tell” policy for the U.S. military, which had permitted gay men and women to serve only on the basis that they do not disclose their sexual orientation.

The U.S. Supreme Court abolishes a section of the Defense of Marriage Act that prevented legally married same-sex couples from receiving certain marriage rights and benefits, ruling it unconstitutional.

The U.S. Supreme Court eliminates all state bans on same-sex marriage, legalizing it in all 50 states.

A mass shooting occurs at Pulse, a gay nightclub in Orlando, Florida. Nearly 50 people were killed, classifying the crime as the deadliest shooting in US history.

The Obama administration lifted the ban on openly transgender citizens serving in the military.

The Trump administration attempts to reinstate the military ban on transgender soldiers, and is met with preliminary injunctions from multiple U.S. District Courts. Beginning in the 2020 school year, the Naval Academy will no longer accept transgender students.

A record number of over 150 LGBT politicians are elected to public office.

The Trump administration finalises a policy that protects health care workers from denying care to LGBTQ+ individuals if it goes against their religious or moral beliefs.

Alan Turing, the WWII code-breaker, mathematician and cryptographer who played a major role in the breaking of the Enigma code, is arrested and prosecuted for gross indecency due to his homosexuality. Many accusations and arrests were made of high ranking men within government and national institutions after WWII.

The Wolfenden Report is published by Sir John Wolfenden, concluding that homosexuality should no longer be a criminal offence. The report aimed to bring about change in the current law by making recommendations to the Government.

The Beaumont Society forms to encourage research and provide information and education to the general public on transvestism. The organisation is now the UK’s largest and longest running support group for transgender people and their families.

Homosexuality is decriminalised in England and Wales.

Inspired by the Stonewall Uprising in New York, the UK’s first gay rights rally is held in Highbury Fields, London on 27th November.

On 1st July the first official UK Gay Pride Rally is hosted by the GLF.

Section 28 of the UK Local Government Act of 1988 states that local councils, including teachers, are prohibited from promoting homosexuality or promoting the acceptability of homosexuality as anything other than abnormal. As a result, protest group Stonewall forms to campaign and lobby for equality of the UK LGBT community.

European judges unanimously declare that homosexual men, lesbians and transgender personnel are allowed to openly serve in the Armed Forces.

The Adoption and Children Act of 2002 allows unmarried people and same-sex couples in England and Wales to adopt children.

Section 28 is repealed throughout the UK. The Employment Equality Regulations came into effect, protecting LGBT people from discrimination at work.

The Civil Partnership Act is introduced, legalising same-sex couples to enter into binding partnerships that still did not allow them all of the benefits of a legal marriage.

The Gender Recognition Act comes into effect, giving transgender people full recognition of their gender and the right to acquire a new birth certificate reflecting this.

The Criminal Justice Act of 2005 gives courts the power to hand out tougher sentences for homophobic crimes and discrimination, classifying them as “hate crimes.”

The UK deems it illegal for service providers to discriminate against people based on gender identity or sexual orientation.

The Equality Act of 2010 unites all legal protections for the LGBTQ+ community into one act. Public service providers are required to ensure their services are accessible to and supportive of LGBT people.

The first same-sex marriages in England and Wales take place.

A group of Royal Marines marches alongside attendees of a Pride parade for the first time in history.

A unit of the Royal Canadian Mounted Police dedicated to eradicating homosexuals from law enforcement is formed.

Canada’s first gay-positive organisation that produced its own publications forms under the name ASK.

Canada’s first public protest regarding equality for the gay community occurs in Ottawa on Parliament Hill.

Four lesbian women known as the “Brunswick Four” are harassed and asked to leave Toronto’s Brunswick Tavern after the owner was offended by their music choices. They were eventually arrested, and the trial was one of the first times a topic of this sort was covered extensively by the media.

In October, the Lesbian Organization of Toronto is formed.

286 men are arrested on charges of prostitution and indecency after a series of raids known as 'Operation Soap' are performed in four major gay bathhouses in Toronto. It is one of the largest mass arrests in Canadian history. 3,000 people took to the streets to protest, dubbing the tragic event as Canada’s Stonewall. Toronto’s Police Chief apologised for the raids in 2016.

Canadian court case Egan v. Canada determines that freedom from discrimination on the basis of sexual orientation is a protected right.

The first Trans March in Toronto is held.

Bill C-279 is passed by the House of Commons, extending human rights protections to transgender and transsexual Canadians.

Canadian Parliament passes Bill C-16, amending the Canadian Human Rights Act to include gender identity and gender expression to the list of prohibited grounds of discrimination.

The Commonwealth of Australia is formed, and the governing bodies of its states adopt variations of the UK’s anti-homosexual policies.

A group of protesters in Sydney, later known as the Gay Solidarity Group, hold a Day of International Gay Solidarity to protest against the criminalisation of homosexuality in Sydney and the Stonewall uprising in New York. The protest results in violence and 53 arrests. The event became known in Australia as the first “Mardi Gras.”

Court case R v. Murley introduces the “gay panic defence,” a legal argument that downgraded murder charges to manslaughter on the basis of provoking someone into homicide due to a sexual advance. This defence would be used in more than ten other cases.

The Keating Labor government strikes down the ban on gay and lesbians serving in the military, and passes the Human Rights (Sexual Conduct) Act, legalising sexual activity between consenting adults and overriding all state and territory legislation regarding sexual conduct from interfering.

Tasmania decriminalises homosexuality and abolishes the gay panic defence a few years later in 2003. Victoria joins Tasmania in this abolition in 2005, with the Northern Territory following in 2006, Western Australia in 2008, and Queensland in 2017.

The Howard Liberal government amends the Marriage Act to only define marriage as the union of a man and a woman.

The Gillard Labor government makes an addition to the Sex Discrimination Act, outlawing discrimination against LGBTQ+ people, but exempts religious schools and hospitals.

Same-sex marriage is legalised in Australia, with the Marriage Amendment (Definition and Religious Freedoms) Act.

Same-sex couples are able to adopt children in all jurisdictions in Australia.

Karl Heinrich Ulrichs stands before the Sixth Congress of German Jurists as a lawyer fighting for the abolishment of the country’s anti-homosexual laws. This dubs him the first advocate for gay rights and defendant of homosexuality.

Austrian writer Karl Maria Kertbeny coins the term “homosexuality” to replace the derogatory terms already in place for members of the gay community.

Paragraph 175 is added to the German Criminal Code, outlawing homosexual acts between men.

Berlin’s liberal view of homosexuality leads to it serving as a mecca for gay and lesbian people, giving the city its nickname “Babylon Berlin.” Nearly 100 gay bars and clubs lined the streets, and tens of thousands of members of the LGBT community lived there.

The Ministry of Justice expands upon Paragraph 175 and redefines it as a felony, allowing the Nazi Party to further persecute homosexuals. An estimated 100,000 LGBT individuals are thought to have been arrested from 1933-1945.

The first documented LGBT parade is held in Münster.

Berlin holds the first Christopher Street Day parade, or Berlin Pride Celebration, in memory of the Stonewall Riots ten years prior. The parade has continued every year since.

Paragraph 175 is completely abolished from the German Criminal Code, across the entire country.

Legislation is passed regarding gay and lesbian citizens serving openly in the country’s military, preventing unequal treatment on the grounds of sexual orientation.

Germany allows transgender citizens to be issued passports in their chosen gender, without the requirement of surgery.

Germany's national discrimination laws are amended due to the signing of the Treaty of Amsterdam, outlawing LGBT discrimination in Germany and providing all citizens with the same rights.

Germany legalises same-sex marriage and provides members of these unions with full marital and adoption rights.

German parliament legalises a third gender option, allowing transgender citizens to check an option of “various” instead of male or female on birth certificates and other legal documents.

Recognising history is necessary to ensure improvements and continued awareness for the future. FDM is proud to stand behind the belief of equality for all and are supportive of LGBTQ+ communities around the world.

How to Improve Diversity in Recruitment