ACCEPT ALL REJECT ALL CLOSE
May 24, 2016 Kevin Lawless 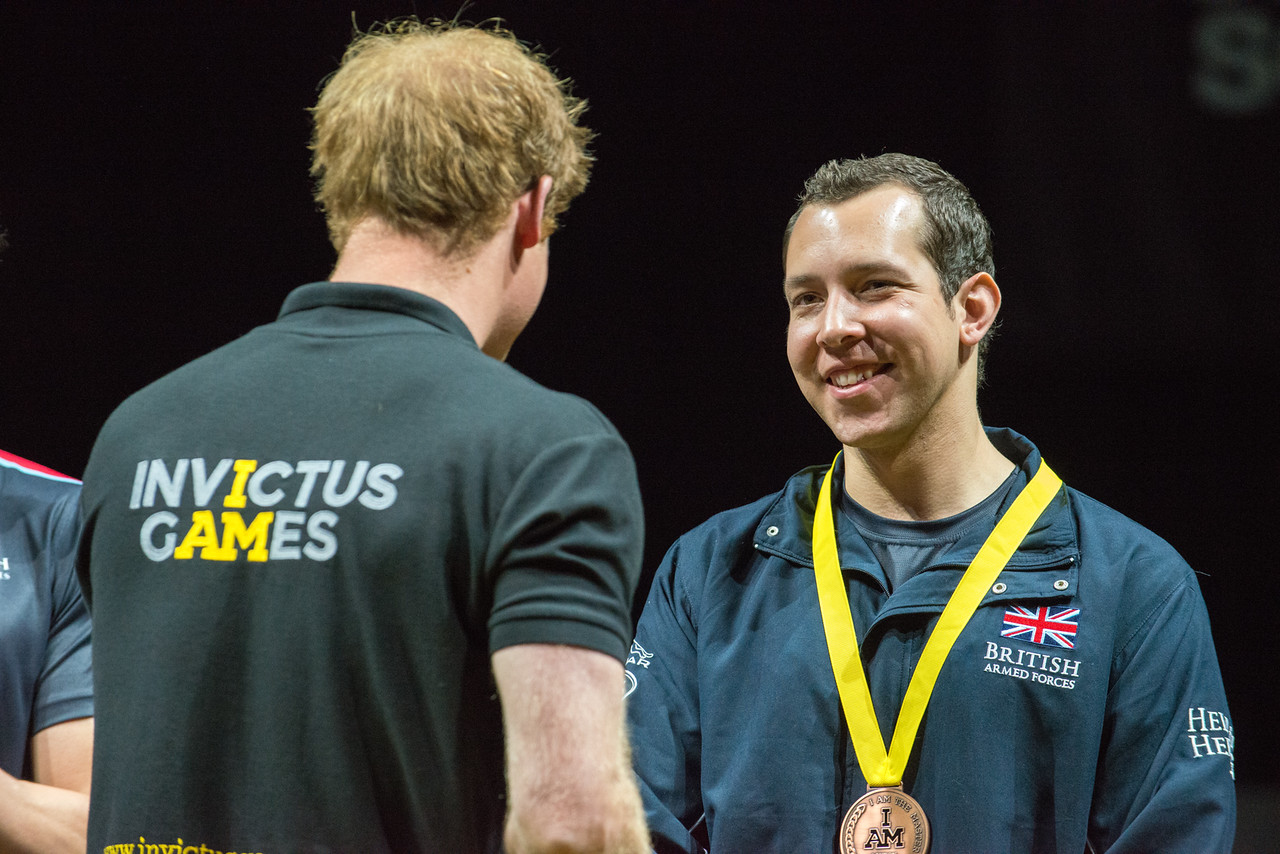 When Cowan Botha had his Army medical review in early 2014, he had hoped to be cleared so he could go back to Afghanistan and continue serving his country in the Royal Dragon Guards.

He had previously completed tours in Iraq and Afghanistan, but during pre-deployment training the year prior to his third deployment, Cowan faced an injury that resulted in needing surgery. He told Pathfinder Magazine that the day he tore his labarum was the day that changed his life. It wasn’t the day his military career ended, but after finding that a para-labral cyst had formed during an MRI, the writing was on the wall.

In October of 2012, he still deployed to Afghanistan with plans to come back to the UK to surgically repair the hip. Cowan never wanted to leave his squad and the thought the he could help even in the slightest way kept him driving toward his recovery. A few months into that deployment he returned home for the first of three surgeries. When the surgery was completed he went in front of the medical board and was told his nine year military career would be over – he would be medically discharged. Cowan never went back to Afghanistan.

Between the time of his medical review in 2014 and officially being discharged in November 2015, Cowan went through extensive rehab at Headley Court, the Defence Military Rehabilitation Centre. Even still, it is a scary thought even for the toughest of men to handle. For nine years of his life Cowan had been developing his military career, and then in the snap of a finger, he had to find something else to do. He had to become a civilian again.

On 9 May, 2016, FDMers around the globe gathered around screens, full of anticipation. In New York, we scrambled to pull up the Watch ESPN app on our phones to begin streaming the Invictus Games, data plans be damned. The streaming service was the only option to watch Cowan competing live. It was much easier for those in the UK who watched on BBC as the 4 Minute Indoor Men’s Rowing Finals were about to begin.

Three years after that awful feeling of not knowing what the future holds, Cowan has so many more answers than questions. It wasn’t easy transitioning back into the civilian world, and it all started with the worldwide competition created by Prince Harry back in 2014 to support the wounded veterans of military service.

The Invictus Games are an Olympic-style competition pitting country against country, with the caveat that all competitors are ex-forces wounded during their service. While competition and national pride is strong, the games are more about honouring the soldiers who have made sacrifices around the world. On Monday the 9th, Cowan was competing in his first of four events for Team Great Britain, but all of FDM – from New York to Hong Kong – was rooting for him.

This was Cowan’s second Invictus Games competing for Team GB – he was a member of the inaugural team for Great Britain in 2014 when Prince Harry first introduced the games which were held in London. During that competition, Cowan took third in rowing, earning him a bronze medal. The training for these games right after he left the forces helped make the transition back into civilian life easier. Cowan says:

“Competing in the 2014 Invictus Games changed my life. It was great to feel like a part of something again and achieve the things I did. In 2014, I was told that my military career was over. It was very difficult to accept, as I had been though a very painful surgery with the hope of returning to full service. The 2014 Invictus Games was an instrument for motivation, it helped me out of my depression and gave me focus. Were it not for the Invictus Games in 2014 shortly after my second surgery, I'm not sure how I would have pulled myself out of the lonely place I found myself in.”

Those 2014 Games reminded him that his military career isn’t something of the past, but something that will always be a part of him at every point of his life. It allowed him to connect with ex-forces in a similar situation to his, garnering advice and making new friends. However, shortly after that year’s closing ceremony, Cowan found himself once again asking the dreaded question.

Cowan found FDM’s Ex-Forces Programme whilst looking for a career that would value his military training. He was worried that his skills wouldn’t translate to the corporate world in any productive way, but that fleeting thought was short-lived. It didn’t take long for Cowan to realise FDM provided exactly what he was looking for.

Today, Cowan is working on site with Interior Services Group after completing his training in the PMO Stream. His leadership skills and attention to detail developed during his time in the Army has proven to be quite valuable in his role. A few years ago he was in the mountains of Afghanistan, serving his country, and now he’s wearing a suit and tie – but his new uniform hasn’t changed him in the least. Once again, Cowan made the British team competing in the Invictus Games – this time with the support of his FDM family cheering him on.

Earlier this May, Cowan flew to Orlando where he competed in four events – two rowing finals and two swimming finals. FDMers across the globe showed their support for him on social media and rallied behind the hashtag #GoCowan, which dozens tweeted out cheering him on. Between 9 May and 11 May, he competed on the world stage with FDMers everywhere watching him from afar. Whether it was cellphone streaming and crowding around desks in the office or sitting on the couch watching on TV, we all were yelling “Go Cowan!” throughout. Despite finishing just off the medal stand this year (4th place in both rowing events, just metres off the bronze medallist), we couldn’t be more proud of him.

Cowan has come back to the UK now, and will continue his placement with ISG where he is achieving success in another world – the civilian one. And while the prize he is eying here is the development of a career, he’s never going to leave the military spirit, or the skills that he learned while in the forces, behind.

After all, The 2017 Invictus Games will be held in Toronto, so training begins today.