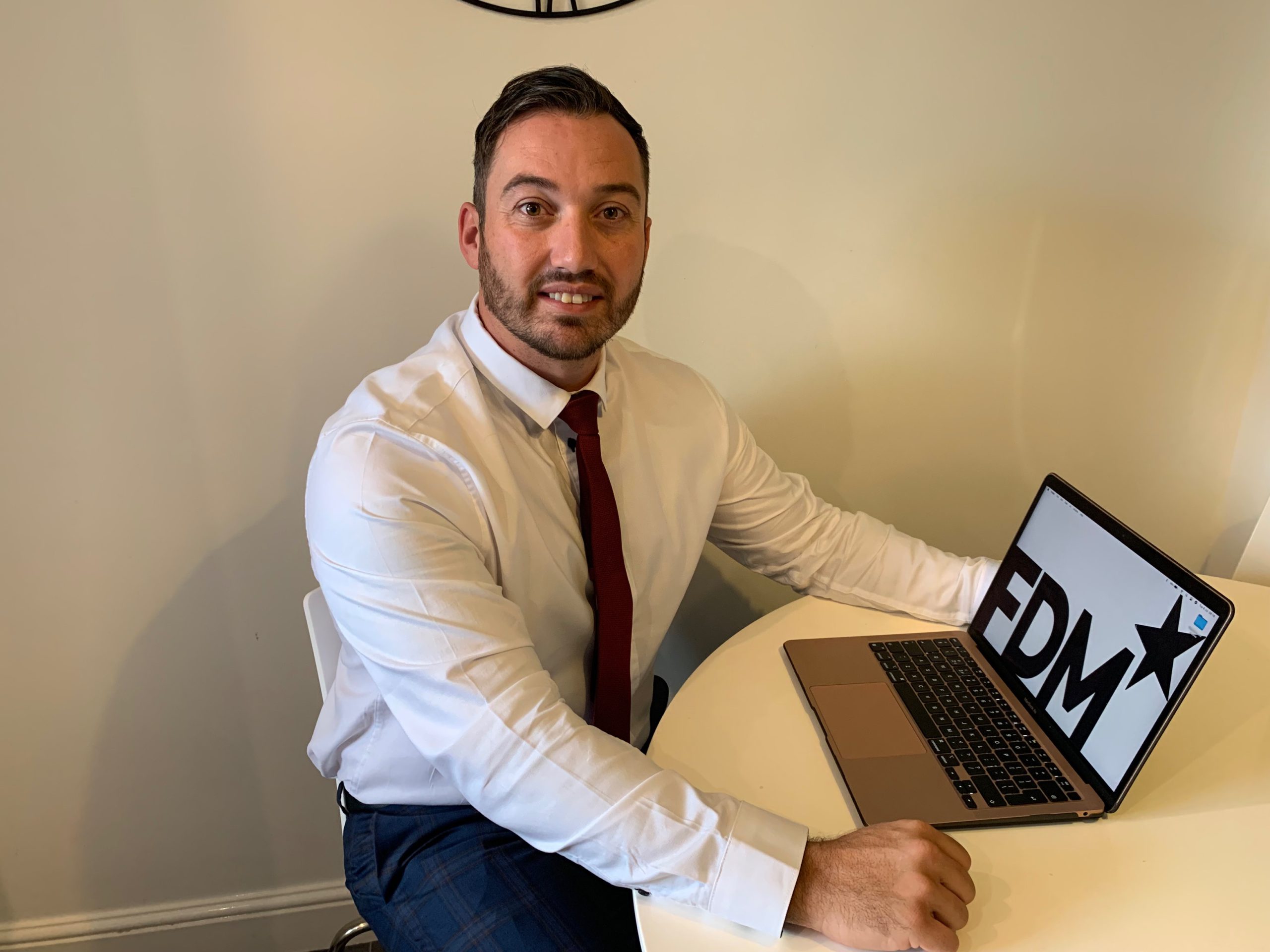 Jamie Marshall joined FDM after 15 years of military service. Here’s his journey of launching another rewarding career after leaving the forces.

At FDM we are incredibly proud of our award-winning Ex-Forces programme dedicated to helping those who leave the armed forces transition into civilian careers. Our programme is run for veterans, by veterans who recognise the unique value that ex-forces personnel bring to the table and can help match their transferrable skills to the right role.

We caught up with one of our ex-forces consultants – Jamie Marshall – currently working as a Project Manager with an International Telecommunications Service Provider and heard about his journey after leaving the military.

Jamie left the Armed Forces in 2021 after 15 years' service with the Royal Artillery. During his service he conducted operational tours in Iraq and Afghanistan and was promoted to Staff Sergeant and served in various technical communications and specialist surveillance roles.

The Journey from the Military to Project Management

Jamie had identified from an early stage that he wanted to pursue a career in project management. After attending an FDM Ex-Forces Insight Event Jamie identified this route as the fastest way for him to gain the essential commercial experience he wanted. Whilst still serving he applied for the Ex-Forces Programme, passed the assessment, and joined the training course shortly after.

It was obvious from very early in his training that Jamie was going to do well as an Information Technology Project management consultant. He has a natural gift for project management and was extremely keen to learn new skills quickly. He demonstrated a high level of emotional intelligence, always displaying a growth mind-set which meant he quickly established a professional network of subject matter experts around him. As a result, he was selected during his training to be employed as a Project Manager with an International Telecommunications Service Provider, to work on one of their key projects.

On starting his client placement, Jamie quickly adapted to the new role and impressed with his ability to integrate into a new team and deliver benefits quickly. He soon became responsible for managing the entire project lifecycle from start-up through to final acceptance and close-down. He proactively coordinates all project activities and leads the project team with responsibility for obtaining optimal outcomes, conforming to agreed standards of quality, and being consistent with scope, performance, time, and cost. His success and proactive approach has led to additional responsibilities including the management of internal and external resources, including subcontractors, assigned to the project.

Jamie recently volunteered to become a mentor for other FDM consultants, to ensure their client work placements are as successful as his has been, typically giving up his own time to support other service leavers in transition. His ambition and enthusiasm have shone through during his time transitioning from the military and he has shown that he is capable of not only self-growth but has demonstrated his ability to develop the future talent that he works alongside. His performance has been so good he has become the client reference point when they are seeking additional Project Management resources, a major accolade considering he only left the Military in June 2021.

In addition to his current role, Jamie also volunteers to speak to service leavers and the veteran’s community at various FDM Ex-Forces Career Insight events. He talks about his transition out of the military, what he has identified as his transferrable skills and speaks candidly about what went well and what did not.

The combination of Jamie’s effective planning, hard work, natural enthusiasm and application have led to his successful transition into a new role and he has instantly delivered results for the business. Whilst busy enough with his new career, he has consistently found time to assist other service leavers in transition and seeking advice about industry.

Jamie was a finalist for the New Service Leaver of the Year award at the 2022 Ex Forces in Business Awards. He has shown that given the right opportunity Ex-Forces personnel can adapt and make a massive difference within a commercial setting whilst continuing to look after their own.

At FDM we welcome service leavers, military veterans, serving reservists, ex-police personnel, and their spouses to apply to our programme.

Over 750+ Ex-Forces personnel have joined our programme since 2014.

So, if you’re looking for a new challenge after leaving the forces, apply to our Ex Forces Programme today.