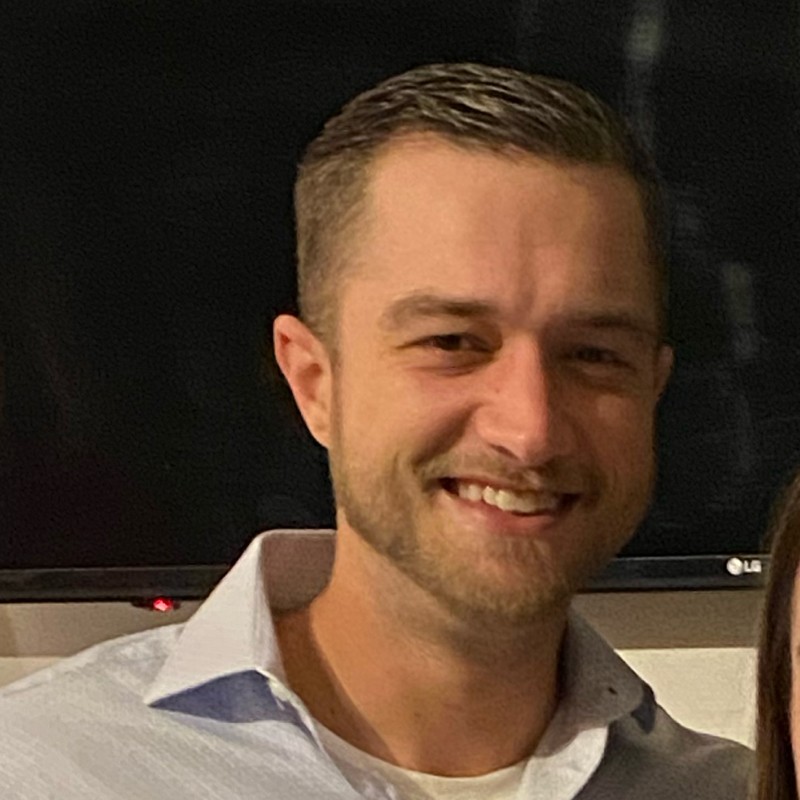 Alex Evanega joined FDM after serving as an air marshal in the USAF. Read his journey of transitioning to a placement with a global bank after leaving the forces.

At FDM we are committed to support military veterans of all ranks transition to a civilian career after leaving the forces. Our Veterans Careers Program earned us recognition as a VETS Indexes Recognized Employer as part of the 2022 VETS Indexes Employer Awards.

We caught up with one of our Veteran consultants – Alex Evanega – currently working in automation testing for an international bank and heard about his journey after leaving the US Air Force.

Alex served as a Security Forces Member in the USAF from 2008- 2012 and did a tour of duty in Iraq. Alex says that he joined the Air Force because the military was a family business.

While serving in Iraq, he was a member of the Fly Away Security Team, similar to being a USAF air marshal. He was assigned to a C-130 crew and provided security while in the air and on the ground. They transported both personnel and cargo/supplies, and this gave him the opportunity to fly all over the Middle East and parts of Europe.

Alex recalls how while overseas when his plane was down for maintenance, he was temporarily reassigned and got to be a personal bodyguard for En Vogue, Xzibit, Carlos Mencia, and Red Jumpsuit Apparatus

The Journey to FDM

Alex found a posting on a job board for a veteran training program and thought it was the perfect way to get a foot in the door in the tech industry. During his training he learnt new skills and was able to brush up old ones with the guidance of ‘solid instructors for every course’.

One of the USPs of the FDM Veteran Careers Program is that it recognizes the unique experiences that military veterans bring to the table and can highlight their transferrable skills. Alex mentions some of the key skills he learned during his time in the military that can be applied to his civilian career:

Alex is currently placed with a global bank in Tampa, Fl where he is building a QA Automation Test Suite. After relocating from Charlotte, NC. he is enjoying both the work culture at the bank as well as his new city.

A QA team in China builds test cases and then sends them to Alex who then automates the test case within the cypress framework. He maintains the code, adjusts configurations as needed, and manages the CI/CD pipeline that accesses the automation. He is presently the go-to for any cypress related queries.

Alex strongly recommends FDM to all those who are looking for a career change after leaving the forces. He says, ‘I wish I had looked into this program immediately following my separation. It would have given me much more stable footing in getting adjusted back to civilian life. Being able to learn valuable skills in an industry that is always growing is an excellent opportunity that is basically offered to veterans for free. Not all veterans have military careers that they want to continue, the FDM Veterans Program is the perfect remedy for that and I would suggest it 11 out of 10 times.’

At FDM we welcome service leavers, military veterans and their spouses to apply to our program.

So, if you’re looking for a new challenge after leaving the forces, apply to our Veterans Careers Program today.