From London to New York: Sinthu’s Journey with FDM and BNP Paribas 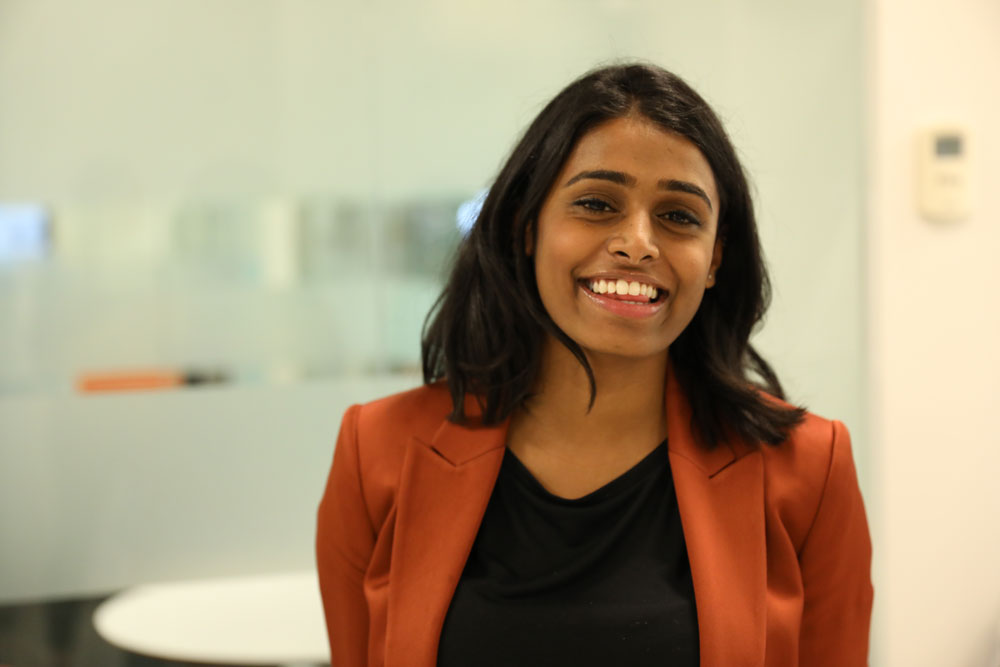 In March 2013, Sinthujah Sooriyakumar walked into FDM’s training academy in London with a positive outlook and the excitement to start her first job out of university. From there her career would grow to take her across the Atlantic with BNP Paribas. Sinthu and her manager, Mathieu Bourget, tell us about her career journey.

“After graduating, I spent around six months looking for a job, with no luck,” Sinthu said, recalling the difficult period between university and her first role. Sinthu found FDM Group in March of 2013 where she joined the Financial Data Analysis training stream in London. “FDM was my way in. It was a way of getting onto the career ladder and it played a massive role! I always say never forget where you came from and I guess FDM was the start.” Just two months later, Sinthu was selected and placed at BNP Paribas in Mathieu Bourget’s London team.

Mathieu, Global Head of G10 Rates Electronic Trading Technology, has worked with BNP Paribas for more than 18 years and has experienced first-hand the challenge of scaling teams quickly with the right people. Mathieu explained, “The main issue we face is time-to-hire. It takes very long for us to source the right profiles from the market and vacancies tend to be advertised for longer than we would like.” 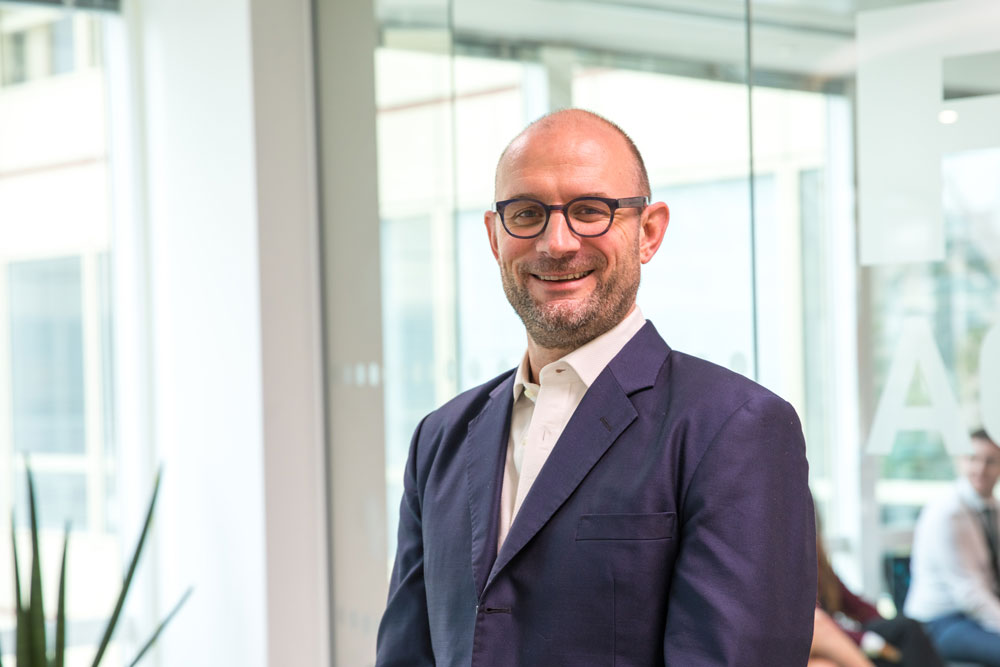 With FDM, Mathieu found a solution to his hiring problem. “I have now been working with FDM for some time. FDM is established with me as a reliable recruitment avenue for sourcing junior team members. FDM candidates we have hired are self-motivated, autonomous and tenacious – all good traits to work in our environment.” Sinthu, who joined his team as an FDM consultant, was no exception.

Sinthu excelled and grew as a Business Analyst and Project Manager. Mathieu said, “A key principle in my team is accountability. Everyone is immediately made responsible for something, and so it was no different for Sinthu.” Proving her reliability and quality of work with initial projects, Mathieu says that she quickly grew to take on “more and more responsibility, eventually taking charge of business-critical projects such as the opening of BNP Paribas’s primary dealership of Israeli debt.”

Her hard work paid off. In 2015, Sinthu was offered a permanent position at BNP Paribas and transitioned to the client. Then in 2017, “there was an opening for a BA in the NY team and the timing was just perfect,” Sinthu recalls. “We all go through moments where we ask ourselves ‘what’s next?’ and I felt that this opportunity was an answer to one of those moments.”

As the sole business analyst representing Mathieu’s team in the US, Sinthu’s responsibilities have continued to grow. She notes, “One of Mathieu’s goals for my relocation was to ensure the bridge between the London and NY team was reduced and we truly become a global team. Having built a strong network in the London office, we both believed we could make this happen.”

It appears that, indeed, they have been successful in that goal. Mathieu notes that already Sinthu “has immediately made an impact to our US operations. As the team’s only business analyst in New York City, she has ultimate accountability for all platform changes impacting US desks.”

This new experience will only continue to expand her career options. “Her new role in the NYC office, much smaller than London, is giving her wider exposure to trading operations in an investment bank,” Mathieu explained. “This will prove invaluable if she ever considers moving into programme management, team leadership, consultancy or a front-office role. Either way, Sinthu likes a challenge so I know her next move will be just that.”

In just over four years, Sinthu went from a graduate searching for work in a difficult job market, to a successful business analyst at BNP Paribas in New York City. Sinthu noted that her struggle to land her first opportunity was not unique, and for graduates in a similar position she hopes that they can find an opportunity of a lifetime. “I would – and have – recommend FDM to others. I feel very lucky to have found a great team at BNP Paribas and would want anyone else joining FDM to have a similar story to mine!”