ACCEPT ALL REJECT ALL CLOSE
May 31, 2019 Maddy Kislovsky, Blog Contributor

This Week in Tech News: Risks and Rewards

On Saturday, CNet reported that the World Health Organization (WHO) updated its International Classification of Diseases (ICD) to its 11th revision, which includes the addition of “gaming disorders”. This proposition arose last year, when gaming addiction was added to the organisation's section of potentially harmful technology-related tendencies, such as high-frequency use of smartphones and computers. 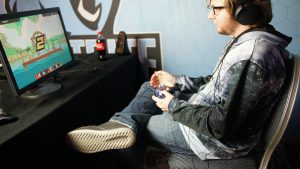 Under the ICD section of “disorders due to addictive behaviour,” you’ll find “gaming disorder” characterised as recurrent displays of behaviour including impaired control over gaming or increasing the priority of gaming over other interests and activities (ICD’s section 6C51). The explanation further describes, “persistent behaviour manifested by continuation or escalation of gaming despite the occurrence of negative consequences. The behaviour pattern is of sufficient severity to result in significant impairment in personal, family, social, educational, occupational or other important areas of functioning.”

An interesting aspect of their classification of gaming disorder is that it encompasses both online and offline gaming, as well as both continuous or episodic habits, according to the new edition of the ICD. Displaying the behaviour patterns mentioned above for a period of 12 months could dispense a diagnosis of gaming disorder, although according to Techradar quoting the ICD, a shorter time period is acceptable for determining this diagnosis if symptoms are severe. A recent Reuters report confirmed that nearly 65% of U.S. adults (over 164 million people) play online games, with 60% of them using their smartphone and 50% also using consoles and computers.

Video game industry representatives from several countries have openly disputed the WHO’s decision, claiming a lack of “sufficiently robust evidence,” according to Techradar. The American Psychiatric Association in still in discussions about their classification of gaming addictions, and back in 2007 the American Medical Association opted to conduct further research before identifying excessive use of online and video games as a mental illness. The 11th edition of the ICD will go into effect in January 2022.

In an effort to understand “collective expression” and how popular movements gain traction and evolve through social media, Bloomberg reports that the U.S. Navy will be conducting a screening of online messages and postings between July 2014 and December 2016.

The BBC provided a statement from the Naval Postgraduate School located in Monterey, California – where the project will be based – which states that the project is part of research efforts of the Department of Defense and Analysis in order to “provide enhanced understanding of fundamental social dynamics, to model the evolution of linguistic communities, and emerging modes of collective expression, over time and across countries.” The project’s lead researcher, T. Camber Warren, told Bloomberg that this social media data will allow the organisation to study how language and expressions can change over time and across certain communities.

This project will analyse 350 billion social media posts and communications in order to derive data based on the examination of comments, location, usernames and more, although the Navy has confirmed that no private communications will be included and no individual users identified.

Bloomberg identifies the risks of collecting and analysing huge archives of public data as quoted by William A. Carter, deputy director for tech policy at the Center for Strategic & International Studies in Washington. Carter points out the potential risks of exploiting this data, including allowing governments the capability of manipulating thoughts and behaviour through understanding the way that online users interact.

Uber JUMPs in with both feet 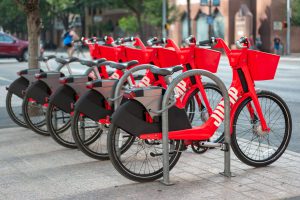 Ride-sharing giant Uber introduced its electric bicycle service to Londoners last week, in an effort to expand into unique areas and increase its profitability. Forbes reports that the candy-apple red coloured bikes are equipped with an electric motor that is capable of reaching up to 15 miles per hour.

According to Reuters 350 bikes are available to rent via the Uber app, where the first five minutes of a ride on the bicycle are free, following by 12 pence per minute the bike is used. A fee of one pound will unlock the bike. Uber’s regional general manager for Northern and Eastern Europe told Forbes in a statement, “Introducing JUMP bikes will help make the city a cleaner place to live, and help London breathe. Over time, it’s our goal to help people replace their car with their phone by offering a range of mobility options…all in the Uber app.”

Forbes has confirmed that Uber is planning to continue the rollout of the bicycle feature following the project’s trial in the UK, expanding to several cities such as Berlin, Lisbon, Paris and Brussels.

This Week in Tech News: Autonomy in Abundance

This Week in Tech News: A Safe App is Hard to Find

This Week in Tech News: The Journey to Improvement