This Week in Tech News: Apple Across the Board

Apple Lays Their “Jukebox” to Rest At Apple’s Worldwide Developer Conference on Monday, Apple announced the end of the nearly two-decade reign of its digital media player, iTunes.

Apple Lays Their “Jukebox” to Rest

At Apple’s Worldwide Developer Conference on Monday, Apple announced the end of the nearly two-decade reign of its digital media player, iTunes. 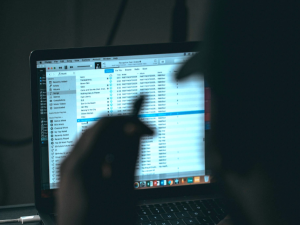 Its launch in 2001 kicked off the days of .99 cent songs, importing CDs to be converted to MP3 format and added to personalised playlists, and psychadelic visuals synced to musical beats.

iTunes gave its users more than just personalised playlists. The platform provided artists with the opportunity to own the digital rights to their own music. According to the New York Times, it was also the music industry’s first defence against platforms like Napster and Limewire by providing customers with an easy, fast and inexpensive way to purchase music legally.

Looking forward, users don’t have to worry about the content of their music library. Beginning with the latest version of the Mac operating system, macOS Catalina which is due to be released in the fall of 2019, Mac users will see their content split up into three entertainment apps: music, podcasts and TV, according to CNBC. This plan comes into effect as a result of streaming services like Spotify and Apple Music booming in popularity over downloading and paying for individual songs.

SwiftUI – a new way to code

Application developers that favour Apple products are likely familiar with Swift, a programming language that was open-sourced in 2015 for macOS, iOS, Linux and more. At Apple’s WWDC conference this week, the tech giant announced several state-of-the-art products, including a novel framework to help build user interfaces with ease called SwiftUI. 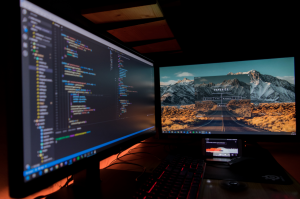 immensely while providing support for basic UI features, including Apple’s newly announced Dark Mode.  Over 450,000 applications have been written in Swift, which was referred to by Apple CEO Tim Cook as “the fastest-growing programming language out there.” Apple Insider explains that SwiftUI is integrated with other APIs and can be used across all Apple platforms, including Apple watches and Apple TVs.

Apple described SwiftUI as “...an innovative, exceptionally simple way to build user interfaces across all Apple platforms…SwiftUI works seamlessly with new Xcode design tools to keep your code and design perfectly in sync.” Users of SwiftUI will experience its declarative syntax, making code simple and easy to read. Drag-and-drop style design tools are synced with the code entered by the developer, and previews are instantly visible. Animation is easier than ever, with ready-to-use effects at the coder’s disposal. Apple confirms that Xcode will instantly insert any design changes into a running version of a developer’s app, keeping changes visible and editable through Swift’s new dynamic replacement feature.

Cook on the Defense

It was announced this week that the United States government is planning to commence an antitrust investigation of digital markets powered by major names in tech including Apple, Facebook, Google and Amazon, as reported by CNet. 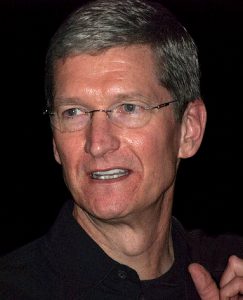 The purpose of this probe, which has bipartisan support, is to determine if any potential violations of antitrust laws are being conducted. The monitoring of these tech giants has been split between the Department of Justice and the Federal Trade Commission, according to CNBC.

Apple CEO Tim Cook spoke to CBS during WWDC to address claims of Apple’s antitrust violations and potential monopoly status. “I think we should be scrutinised. But…we are not a monopoly.” Reuters reported on Cook as saying that although Apple controlled a “moderate” percentage of the market, the company is by no means too big and disagrees with calls that have been made to break up the giant.

According to Reuters, Cook’s statements were made on the same day that two developers sued Apple over its App Store policies, based on claims of antitrust violations relating to another recent lawsuit.