How to Deal with Conflict in the Workplace 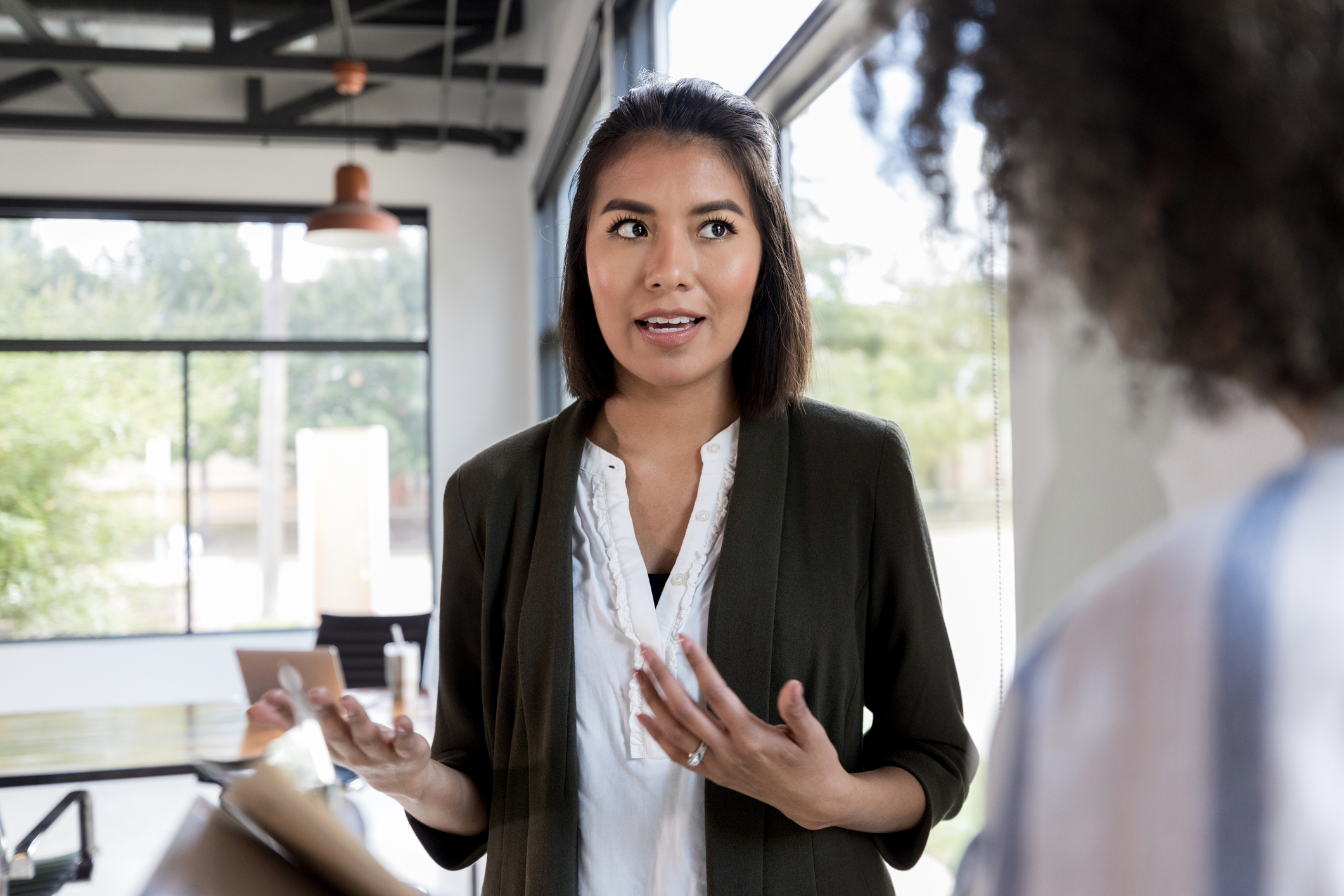 Have you just started your first job and struggling to handle conflict at work? Read these conflict resolution strategies to settle all clashes and come out a winner.

According to a report by workplace expert ACAS, nearly half a million people resign each year as a result of conflict in the workplace. The price of workplace conflict is steep – costing UK employers a staggering £28.5 billion each year. That’s just over £1000 for each employee. Workplace conflict can lead to stress and anxiety among staff which have a knock-on effect on productivity.

It’s hard for anyone to deal with conflict – but it’s particularly difficult for young professionals just starting out in their careers. Conflict can arise for different reasons and between two colleagues as well as between an employee and their manager. Whilst conflicts are almost unavoidable, you should be prepared to deal with them in a way that is professional and shows maturity and strength of character.

In this blog we’ll look at:

There are several types of conflicts that can arise in the workplace. However, the most common ones are interpersonal conflicts and conflicts of interest.

Interpersonal conflicts arise when your views, personality, and way of working clash with others and you fail to find a common approach to an issue. An interpersonal conflict can result in a war of words, or something less visible like exclusion. Workplace conflicts also vary in seriousness and intensity – from less-critical instances like an argument to more serious cases of bullying or harassment.

According to a 2020 report by CIPD titled ‘Managing Conflict in the Modern Workplace’, some of the most common issues for interpersonal conflict are:

Conflicts of interest arise when your personal interests clash with the interests of the company. For example – if you work for your company’s competitor on the side and pass on confidential information. Or if you choose a particular third-party vendor because of a personal relationship with them.

Impact of workplace conflict on individuals

The CIPD report lists some of the common impacts of conflict on individuals:

How to Deal with Conflict in the Workplace

Don’t wait for the other person to come to you. Instead, be proactive and initiate a conversation. Request them for a suitable time to meet and choose a neutral setting, preferably somewhere you won’t be interrupted. Broach the topic in a non-confrontational way and be respectful at all times.

This shows integrity and character. Remember, chances are you’ll continue working with this person for some time, so it’s in your best interest to try and create a civil working relationship with them.

Actively listen to what the other person is saying and don’t interrupt them. Giving them a chance to voice their opinions about the issue provides a perspective that you may have been missing. After they have finished speaking, follow up with ‘is there anything else you want to say?’. This shows that you’re listening to them and also gives them the chance to add to what they’ve said.

It’s always a good idea to rephrase what the other person has said and repeat it to make sure you’ve understood them correctly. You can also ask questions at this point to clarify any doubts. You don’t have to come to an agreement at the end of this conversation – you could both agree to disagree. In fact, you don’t even have to personally like or become friends with this person. But you should both be professional and draw a line under the issue before moving on.

2. Focus on the problem, not the person

It’s easy to feel personally attacked by a workplace conflict or any work-related criticism. Take a moment to step away from the situation and focus on the problem instead of the person. Consider the factors that may be aggravating the issue – from poor communication to inequal delegation of work, language barriers, ego struggles associated with hierarchical orders and more.

Once you identify the factors, you’ll be in a better position to suggest a solution. For example – if you’re struggling to achieve a better delegation of work, consider dividing tasks and responsibilities at the beginning of a project and using a workflow management tool so everyone is accountable.

Avoid using accusatory language when trying to address a conflict. Example – if you feel like a colleague is taking credit for you work consider saying, ‘I felt very hurt when you took full credit for the presentation when we’d both worked equally hard on it.’ Avoid phrasing it as, ‘You always do this’, or ‘I can’t believe you did that’. Focusing on how someone’s actions made you feel instead of accusing them is likely to be a better approach.

3. Involve HR or your line manager

In a situation where you can’t find a reasonable resolution to the conflict, you should involve your line manager or the Human Resource (HR) department to mediate. Your company’s HR department will be trained to manage conflicts and can facilitate a constructive conversation between you and your colleague. The role of a mediator will be to help you find your own solution and not persuade you to accept a particular solution.

Further, according to a report by Glassdoor, the average cost to hire a new employee in the UK is £3000. So, there is an impetus on companies to intervene and resolve conflicts where possible.

4. Consider that you may be wrong

It’s important to introspect and consider our role in a conflict. It’s not something that we like doing, but sometimes we need to admit when we’re wrong. It’s a good idea to take cues from other colleagues and see if they have the same complaints against you. For example – are you struggling with managing your time and is it affecting the rest of the team?

Apologising for a mistake and taking actionable steps to fix it take guts and humility. It also shows that you’re willing to take responsibility and be accountable.

In the unfortunate instance of a conflict steadily escalating despite attempts to resolve it, you should keep records of everything from emails, memos, chat histories if any. This is to protect yourself and build a strong case history in the extreme event of having to take the legal route.

Starting your first job is daunting as it is. Dealing with conflict can be doubly nerve racking. Considering most people spend at least eight hours in the office each day, the workplace needs to be a positive space where employees feel safe in order to thrive. As more and more people return to the office post-pandemic, the onus is on companies to ensure the mental wellbeing of their employees in the workplace.

For World Wellbeing Week 2022, the Mental Health Foundation has identified 5 ways to achieve wellbeing: Connect, Get Active, Be Mindful, Keep Learning, Give to Others. Each of these can be easily integrated into the workplace to better protect and sustain everyone's mental health.

Are you a recent graduate looking to launch an exciting career in business or tech? Apply to the FDM Graduate Programme today.