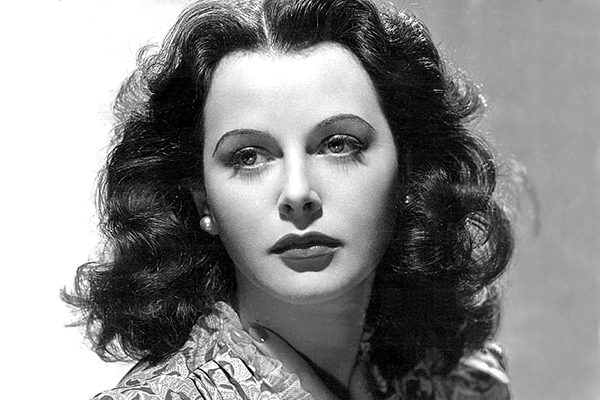 From Hollywood star to one of the most inspiring women in tech. For International Girls in ICT Day 2022, we take a look at the incredible life story of Hedy Lamar.

Taking place on April 28, 2022 International Girls in ICT Day is an annual, global initiative to encourage girls and young women to pursue education in Science, Technology, Engineering and Mathematics (STEM) and thrive in careers in Communication Technologies (ICT).

To mark this important day, we wanted to celebrate one of the many women in history who have made extraordinary advancements in the field of technology.

A breathtaking beauty - a groundbreaking inventor

Hedy Lamarr is probably best remembered as one the brightest stars from the Golden Age of Cinema, appearing in blockbusters from the 1930s to the 50s and being honoured with a star on the Hollywood Walk of Fame.

But there’s a very good chance that, right now, you are experiencing her most enduring legacy – the technological breakthroughs that led to wi-fi (among many other things).

Born in 1914 in Vienna, Lamarr was attracted to acting and theatre from a young age. Then, after starring in the notorious film Ecstasy, she caught the eye of Louis B. Mayer, head of MGM, who brought her to Hollywood. Though very successful, Lamarr grew tired of roles which emphasised her beauty while giving her few acting challenges. So, to relieve the boredom, she took to inventing.

With no formal training, and essentially self-taught, she used her spare time to work on her ideas, such as an improved traffic stoplight or a tablet dissolved in water to produce a carbonated drink.

When her inventiveness was spotted by aviation tycoon Howard Hughes, he actively supported her by putting his team of scientists and engineers at her disposal. Inspired by nature’s fastest fish and birds, Lamarr suggested he change the design of his aeroplanes, proposing shapes that were more streamlined.

Hedy’s first marriage to the wealthy armaments manufacturer, Friedrich Mandl, gave her exposure to applied science in weaponry and, watching the events of World War II, she felt compelled to invent something to help the Allied cause.

Lamarr learned that radio-controlled torpedoes, an emerging technology in naval war, could easily be jammed and set off course. She conceived a frequency-hopping signal that could not be tracked or jammed. Collaborating with her friend, composer and pianist George Antheil, they developed a device that synchronised a miniaturised player-piano mechanism with radio signals. Lamarr and her co-inventor received a patent for the resulting "Secret Communications System" which they donated as their contribution to the war effort.

Ironically, the Navy didn’t want ideas coming from outside the Navy, so the system was shelved. Years later, though, it was revived to transmit information to aeroplanes about submarines detected by sonar. This proved so successful, the system spread rapidly throughout military communications.

Lamarr’s patent described the use of Spread Spectrum, a highly efficient way of using multiple radio frequencies simultaneously, without interfering with each other, a system that was decades ahead of its time.

Today, traces of her frequency-hopping technique are found in most digital devices that communicate wirelessly including Bluetooth, GPS, mobile phone networks and more.

Recognising the contribution of women in tech

As with so many pioneering women inventors, Lamarr received very little recognition of her innovative talent at the time. (Though, in 1997, she became the first woman to receive the Invention Convention's BULBIE Gnass Spirit of Achievement Award, known as the "Oscars of inventing".)

Among its many objectives, International Girls in ICT Day is committed to helping girls and young women pursue a STEM career and acknowledging the valuable contributions they can make.

The event’s theme for 2022 is, “Access and Safety”, chosen due to the discouraging and dangerous obstacles girls can sometimes face in the digital environment.

At FDM, we believe girls should be able to safely access and explore the digital world, giving them the opportunity to imagine futures in technology for themselves.

The technology sector is creating the world’s fastest growing career demand. Empowering and inspiring girls to learn tech skills at a young age will help address this demand and close the digital gender gap.

We are committed to creating a more gender-balanced workforce within our own company. We actively support and encourage women to pursue a career in IT and can report that circa 33% of our senior management team and 31% of all employees identify as female.

With over 5,500 employees from a diverse range of backgrounds we are proud to be an inclusive employer that champions diversity in the workplace. Everyone who interviews applicants for our Graduate Careers Programme has undergone unconscious bias training and has the knowledge and experience to guide anyone, even without a STEM degree, toward an exciting and rewarding tech career pathway.