What Do the Different Pride Flags Mean? 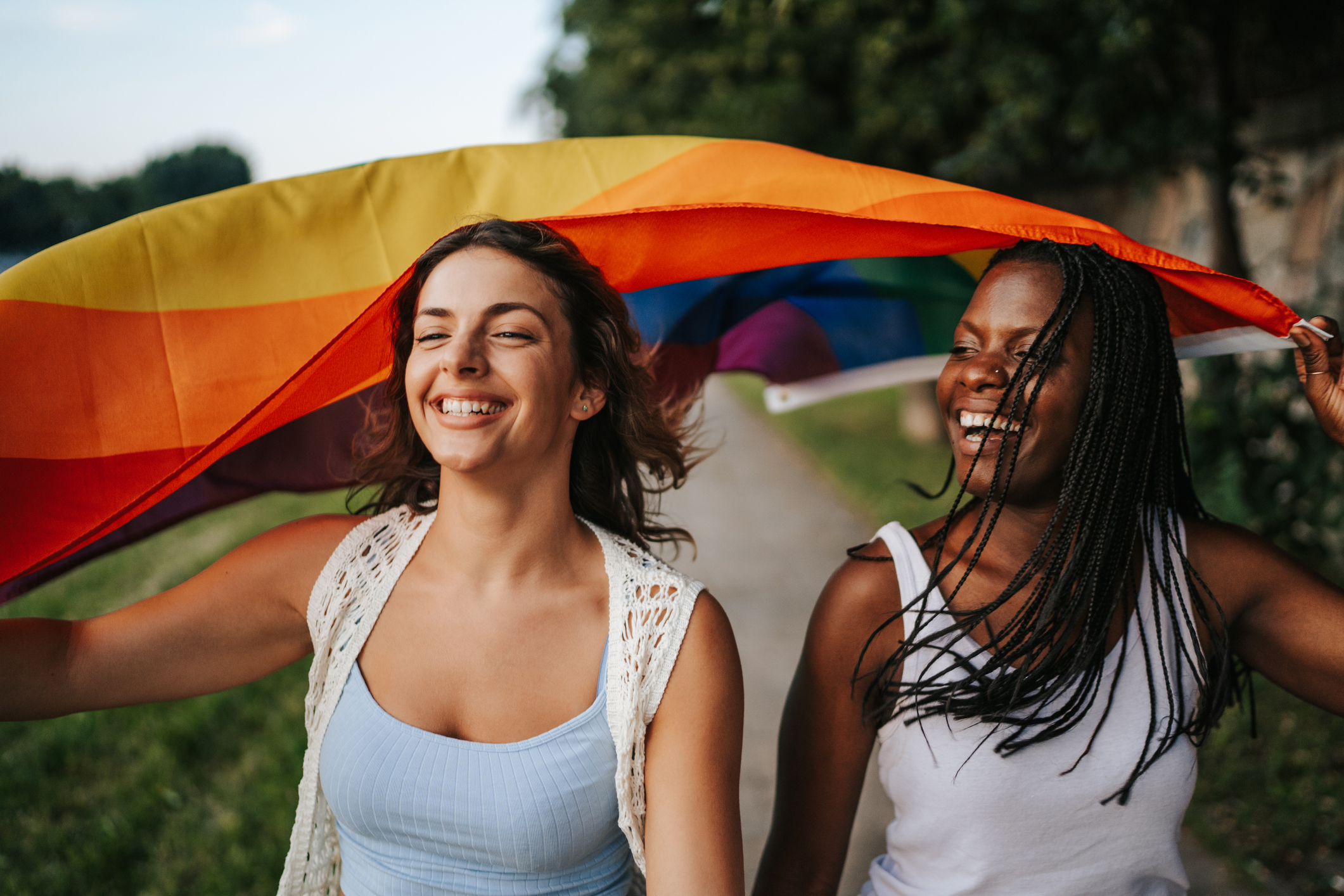 Who created the iconic rainbow pride flag and what do the other LGBTQ+ flags represent? Find out here.

‘I hate the word homophobia. It's not a phobia. You're not scared. You're an a**hole.’ – Morgan Freeman.

Every June the iconic rainbow flag is waved and paraded by communities around the world as a universal symbol of love, tolerance and inclusivity. The pride flag is now in its 44th year and continues to stand as a unifying emblem for the LGBTQ+ community. Over the decades there have been new avatars of the flag, to accommodate more communities and groups within its fold. For Pride 2022, we want to look at the origin of the flag and trace some of the significant events that shaped its history. We also want to take a look at a few of the other LGBTQ+ flags designed over the years and explore what each of them stands for.

The first pride flag was designed in 1978 by artist Gilbert Baker, a Vietnam War veteran and a drag performer at the time. Interestingly, Baker was commissioned to design the flag for San Francisco’s annual pride parade by another gay icon – one of the first openly-gay politicians, Harvey Milk. At the time, the most common symbol for the emerging gay rights movement was the pink triangle, an image used by Nazis to brand homosexuals.

Baker wanted to steer away from a symbol that was associated with such a dark and horrific history. Instead, he chose the rainbow as a natural symbol for love, beauty and hope. Some say that Baker was also inspired by Judy Garland’s song ‘Over the Rainbow’.

In an interview with the Museum of Modern Art in 2015, Baker said that he first had the idea for a flag after seeing the US bicentennial celebrations in 1976. The cultural identity created by the display of stars and stripes made him realize the need for a similar unifying sign for the gay community. Also, as a drag performer accustomed to making his own outfits, he was well-prepared to sew the new flag.

With the help of 30 volunteers, Baker managed to create the first rainbow pride flag in the attic of the Gay Community Centre in San Francisco and launch it at the city’s Gay Freedom Day Parade on June 25, 1978.

Each colour of the rainbow portrayed a different meaning. The hot pink at the top of the flag represented sex; red stood for life; orange for healing; yellow for sunlight; green for nature; turquoise for art; indigo for harmony, and violet for spirit.

Participants and supporters of the parade embraced and waved the flag as a sign of solidarity but demand for the flag surged after the assassination of Harvey Milk on November 27, 1978. Baker took his design to the Paramount Flag Company, which replaced the hot pink and turquoise with blue for easier mass production.

The most popular version of the original rainbow pride flag is perhaps the one with six colours where turquoise was dropped, likely for ease of production. This flag is the most common version used all over the world to symbolize the overall LGBTQ community. Hanging this flag outside an establishment is a signal that it’s a safe space for everyone. However, the rainbow pride flag is criticised for not being all- inclusive.

It’s hard not to mention the Stonewell Riots when talking about the history of the pride flag as the events unfolded just a year after the unveiling of the flag and a few months after the death of Harvey Milk.

In the early hours of June 28, 1969 police raided Stonewall Inn, a gay club located in Greenwich Village in New York City. They forcibly hauled patrons and employees out of the club sparking riots that led to six days of protests and violent clashes with law enforcement officials outside the bar. Whilst the riots themselves weren’t what started the gay rights movement, they acted as a catalyst leading the way for LGBT activism around the world.

The Philadelphia People of Colour-Inclusive Flag

This flag was created in 2017 to represent the black and brown people in the LGBTQ community by the Philadelphia campaign group More Color More Pride. Two extra stripes of black and brown were added to represent these minority groups and the unique challenges they face. The flag received a lot of media attention following actress Lena Waith’s appearance at the 2018 Met Gala, wearing the colours as a cape and her Instagram post: ‘This epic moment of defiance was brought to you by Carolina Herrera’.

The origins of this flag remain unknown, but it first emerged during the height of the Black Lives Matter movement gaining momentum post 2020. Sometimes called the Resistance Flag, it features a raised fist that represents resistance as well as unity. The different colours on the fist represent diversity.

This flag was created in 2018 by non-binary artist Daniel Quasar. It includes more stripes to represent the black, brown and transgender communities. The black and brown stripes represent people of colour and people who have died from AIDS, while the white, pink, and blue are colours from the transgender flag.

Monica Helms, a transgender woman, created this flag in 1999. According to her, “The pattern is such that no matter which way you fly it, it will always be correct. This symbolizes us trying to find correctness in our own lives.” The blue represents boys and pink represents girls. White represents people who are transitioning, have no gender or are gender neutral.

Individuals that don’t conform to the gender they were assigned at birth are called Genderqueer and this flag represents them. Marilyn Roxie created the flag in 2011. Lavender represents androgyny, White represents agender identitites, and Green represents non-binary people.

People that are genderfluid don’t identify with one gender, with their gender identity shifting between male, female and anywhere else across the gender spectrum. JJ Poole created the flag in 2012. Pink represents femininity; Blue represents masculinity; White represents all genders; Purple represents both masculinity and femininity, and Black represents a lack of gender.

‘I had been trying to find an identity that fit me. At the time I knew genderqueer fit me, but it still felt too broad. I found genderfluid to be fitting but was disappointed with the lack of symbolic representation,’ Poole said. ‘I wouldn’t call myself an artist, but I’ve dabbled with drawing and bits of Photoshop, so I decided to create it myself.’

A person that is Agender doesn’t identify with any gender. Designer Salem X created this reversible flag in 2014. Black and white represent an absence of gender; Gray represents semi-genderlessness, and Green stands for non-binary genders.

Someone that is Aromantic could have little or no romantic attraction to other people. The flag that represents them has green to represent aromantic people, whereas grey and black represent all aromantic sexualities, both asexual and sexual.

People who are polyamorous can have infinite partners, so their flag has the symbol of pi, which goes on infinitely too. The golden colour represents emotional connection, as opposed to sexual love. A revised version of the flag was released in 2017 with a heart sign embedded within the pi symbol.

FDM is proud to be an equal opportunities employer. Our mission is to create an open and inclusive environment through education and representation. This is what enables us to attract, recruit, train and deploy incredible people. Our employee-led groups provide a platform for discussion and dialogue, support and connection with others.

Our Pride Network is a space for everyone in the network to share with their community any media that interests them. Whether it be an article, an LGBTQ+ event you have attended or even just dropping in to post a discussion point. This is your space to be with a community in FDM that can support you as someone who identifies or is an ally.